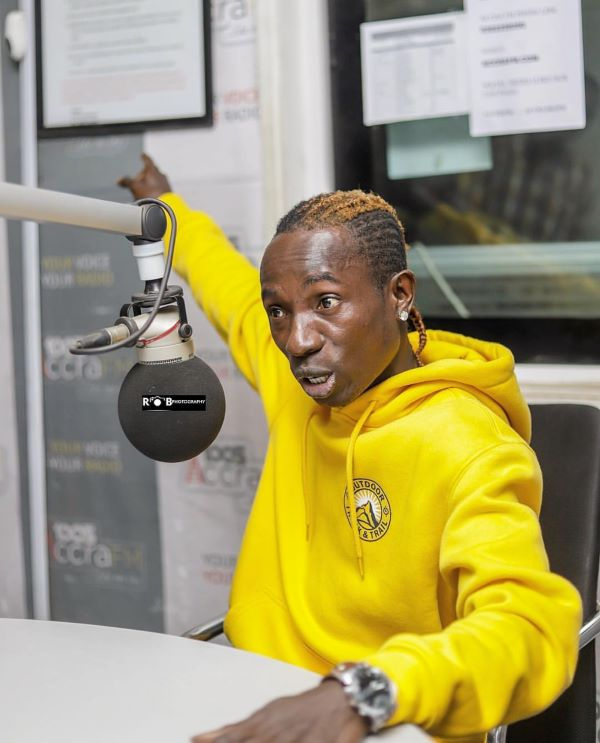 • Patapaa has taken a swipe at Sarkodie’s wife

In a bid to get back at Sarkodie for mocking him in a verse, Patapaa directed a “stray” bullet at the rapper’s wife describing Tracey Owusu ‘Sarkodie’ Addo as unwise.

Patapaa in a recent song titled ‘Throwback Diss’, took a swipe at Tracey for not advising her husband to avoid mocking him in a Ypee song he (Sarkodie) featured on, and thus used some unsavoury words against her.

When asked in a recent interview with Bryt TV to issue an apology to Tracey for disrespecting her, Patapaa insisted he owes the rapper’s wife no apology.

“Who is Tracy?” he said when asked to apologise to her. “What are you saying? When Sarkodie recorded the song, didn’t she listen? Don’t they sleep in the same bed?”

“My wife would not accept it when I diss Sarkodie in my song. She would ask why I’m mentioning his name. I’m not insulting that girl, I’m insulting Sarkodie. I don’t know his wife.”

“I won’t apologise to her because I don’t know her. I can swear. If his wife is wise, she wouldn’t allow Sarkodie to insult me,” he stated.

Patapaa, despite producing one of his biggest hit songs One Corner, has become easy for a lot of rappers and musicians who have found it convenient to mock him in various instances.

Sarkodie when he featured on ‘Meye Guy’ by Ypee rapped a verse that translates “if I had not worked hard, Patapaa would be the person to perform at his funeral.”

Other artistes who have poked fun at Patapaa are Amerado and Shatta, all of whom have incurred the wrath of the “One Corner” hitmaker.

Watch Patapaa flare up in the video below: