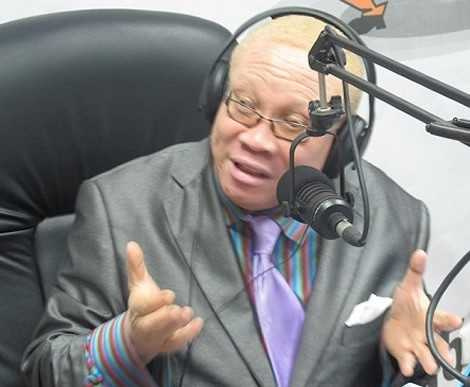 Executive Secretary of the National Coalition for Proper Human Sexual Rights and Family Values, Lawyer Moses Foh-Amoaning, has hinted that the academics, lawyers and civil society professionals against the anti-gay bill are only involved in a public show with their stance.

According to him, these pro-LGBTQ+ coalitions speak against the bill in public, however, their actions behind the scenes say otherwise.

He made this known during an interview with Happy FM’s Don Prah on the ‘Epa Hoa Daben’ show.

“Their efforts at promoting LGBTQ+ will come to nothing. They are only vocal on the outside but privately they say something else. I can’t disclose everything on phone and radio but I have a basis for what I am saying,” he said.

Foh-Amoaning was confident that the majority of Ghanaians will be victorious over this anti-gay bill. “Do you believe the ideas of 18 people can override that of 30.8 million Ghanaians? When you even analyze their arguments, you can tell that it doesn’t even make much sense,” he said.

The lawyer continued by stating that he was particularly disappointed in the argument advanced by CDD-Ghana in favor of the LGBTQ community. “Their own research revealed that more than 90 percent of Ghanaians are against the LGBTQ+ so that means we who are against LGBTQ have won hands down. So how do they come back and tell us that it is against Ghana’s democracy if the bill is passed? This means they don’t understand what democracy is about,” he explained.