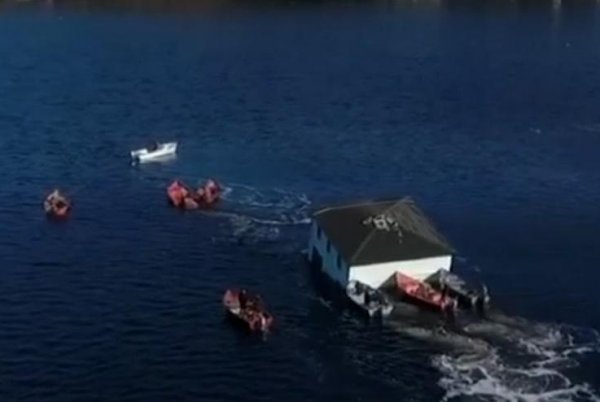 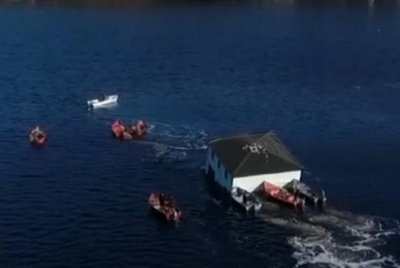 Oct. 15 (UPI) — A Newfoundland, Canada, couple faced with the problem of moving their dream home from its former location to their property ended up taking the direct route — through more than half a mile of water.

Daniele Penney said she and her boyfriend, Kirk Lovell, discovered the house that Penney had long admired on the shore of the Bay of Islands inlet was going to be torn down, so they received permission from the property owners to move the structure to their own coastal property in McIvers.

The couple determined moving the house by land would be too difficult, as there were too many obstacles in the way, so they hatched a plan to float the house a little over half a mile through the Bay of Islands to its new location.

Barrels were installed under the house and it was tied to a metal frame loaded with old tires to keep it upright in the water.

Aerial footage of the move show the house being pushed through the inlet by a series of small boats.

Penney said one corner of the house dipped into the water up to a second-story window at one point during transport, and the engine of Lovell’s boat died, but members of the community used their own boats to rush to the assistance of the movers and ensure the house made it to its new location.

Penney said the house is drying out in its new location, and the couple hope to begin renovations soon to turn it into a permanent home for their family.