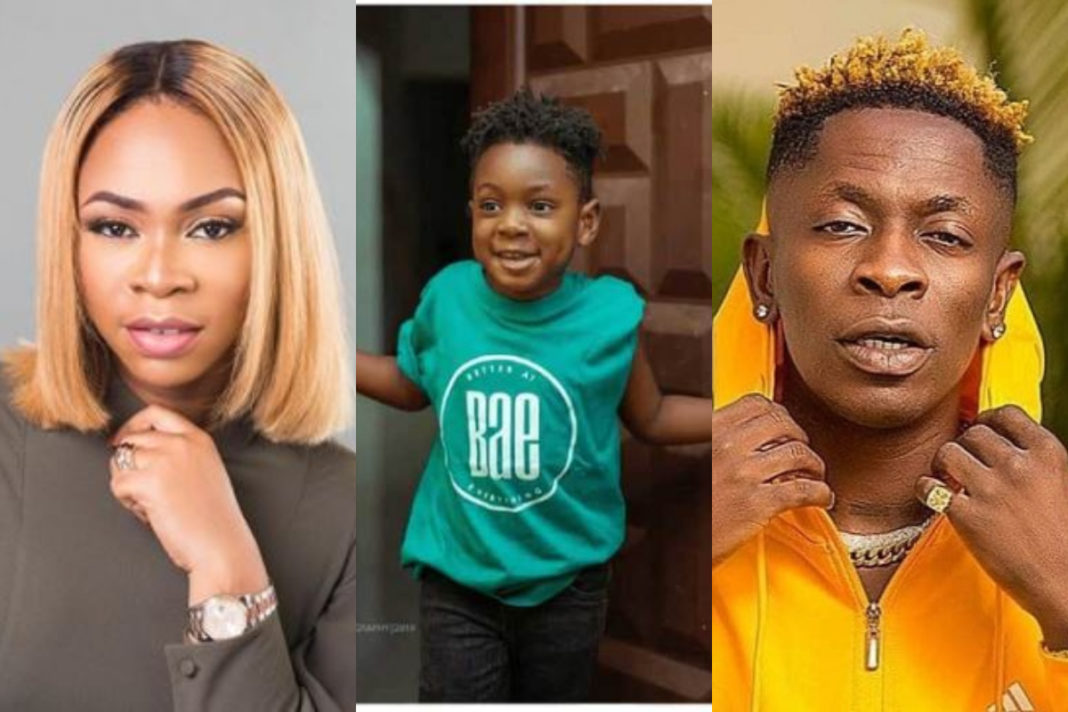 Michelle Diamond better known as Michy has angrily replied to a guy who said her baby daddy Shatta Wale needs to take her to court for using their son Majesty for adverts.

Michy usually involves her son with Shatta Wale, Majesty in most of her videos just to make it lively and in some of her ads and this guy reacting to it said the father is the boy should sue her since he doesn’t get some of the money she gets from these brands.

Michy wasn’t pleased with the comment of the guy that insinuates that she’s using or exploiting her own son hence replied angrily insulting the guy calling him a fool and telling him she’s waiting for a court date.

Some loved ones of Michy didn’t take it lightly on this guy at all as they insulted him asking whether he knows what Shatta Wale has done in the past that he should sue his baby mama for involving their son in an ad that gives them both money.

Someone tried defending the guy by telling Michy that he was just joking with that and Michy replied to him warning that they shouldn’t involve her child in such an expensive and baseless joke because it’s not healthy for any of them.