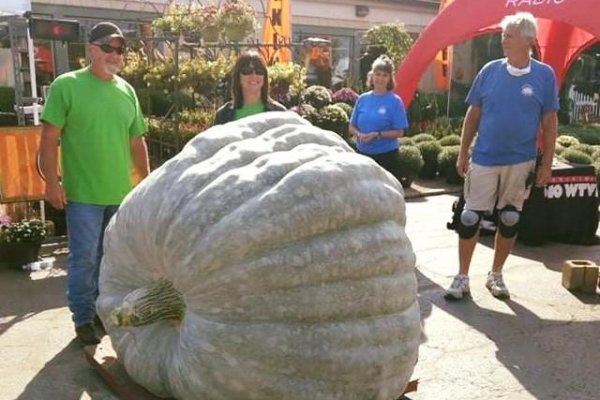 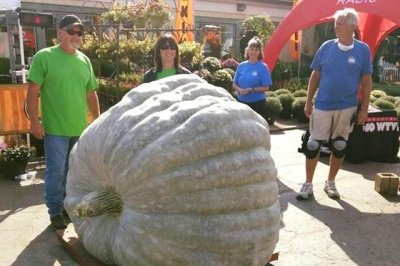 Oct. 15 (UPI) — A pair of Ohio farmers took their 2,164-pound green squash to a giant vegetable competition and walked away with a world record.

Todd and Donna Skinner, who have been growing pumpkins and squash for nearly 30 years, said they knew their green squash was going to be impressive at the Oakland Nursery National Pumpkin Weigh-Off in Dublin, but they were stunned to see it tip the scales at 2,164 pounds.

“We had a rough idea that it was going to weigh nice, but not that heavy,” Donna Skinner told WTOV-TV.