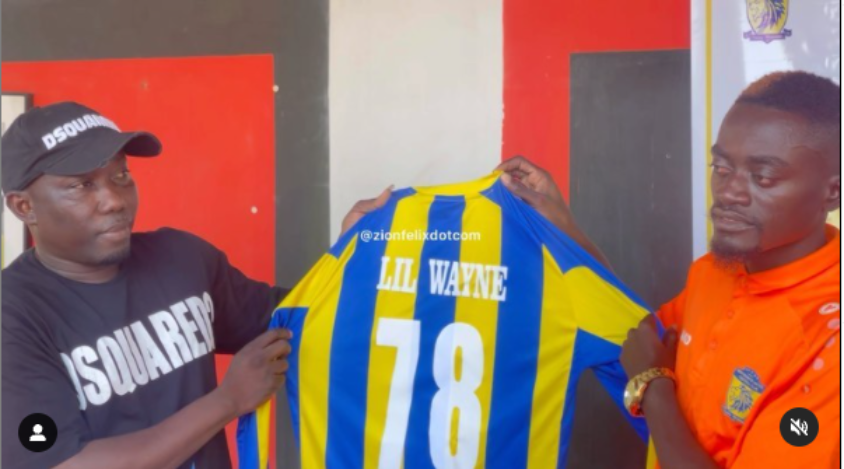 The Kumawood actor signed a two-year deal with the club which ends in 2023.

Speaking at the unveiling, the President of the club, Abdul Salam Yakubu, said they are confident in the comic actor.

He added that he has the experience and what it takes to play for the club.

“If we give Lil Win the opportunity to play, he will be one of the best players for the club,” he said.

“Several players showed up for the justify but it was only him [Kwadwo Nkasah] that qualified.

“He will serve as an ambassador for the club and also be the main player for the club because of the talent he has. He will work in many capacities as well for the club.

“We believe that with his inclusion, New Edubiase will return to the Ghana Premier League,” he added.

Lil Win will wear jersey number 78 at the club.

New Edubiase play in the Zone Two of the National Division One League.