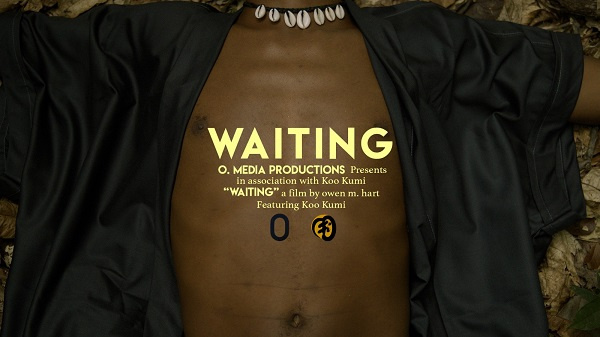 I’ll Be Waiting is a poem from the Woke On The Mountain EP/Album and it was recorded and produced by Abochi the ‘Bestie Hitmaker’.

The video is a collaboration between Koo Kumi and Owen. M Hart from the United State.

Koo Kumi explains that the poem examines the concept of departure against the idea of love and death.

“How death makes us feel helpless and love makes us feel hopeless. The poem and video also seek to start conversations around grief and therapy in the month of mental health awareness.”

Koo Kumi, who happens to be the brain behind “trotro vibes” has worked with a lot of artists, videographers, photographers, musicians like Wanlov the Kubolor, Okyeame Kwame, Sister Deborah, Medikal, Cabum, and Worldreader.

His artistic reach has received international recognition as his famed movement, ‘Trotro Vibes’, which started out as a social intervention, was recognized by the BBC after a rise in Twitter discussions on the subject occurred.

In 2016, he was featured by BBC’s Akwasi Sarpong and his crew during their coverage of Ghana ahead of the 2016 General Election.

Koo Kumi is also famed for previous works such as Slow Down and Untitled Ones.