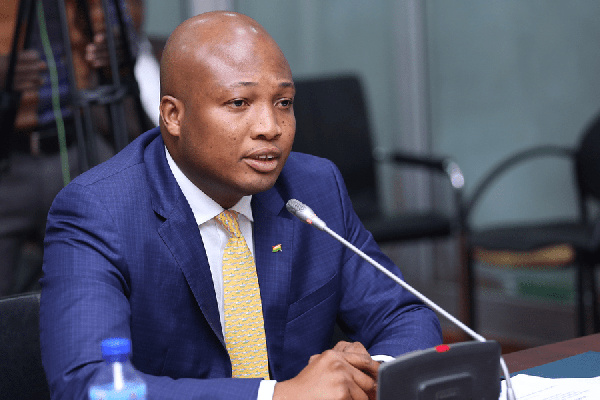 • Ghana’s land borders have remained closed since March 22, 2020, as a measure against COVID-19 spread

According to the North Tongu Member of Parliament of Ghana, President Nana Addo Dankwa Akufo-Addo is being hypocritical in implementing an ECOWAS agreement that mandates member countries to open their borders before the end of July this year.

“ECOWAS agreed to a phased easing of restrictions in the sub-region with a 31st July 2021 deadline by which date all member states should open their land and sea borders for free movement of persons and goods,” he wrote in a Facebook post sighted by GhanaWeb.

“From all independent assessments, it appears only Ghana has not opened its land borders with her neighbours within ECOWAS. This cannot be great leadership from ECOWAS Chair, Nana Akufo-Addo who presided over the Fifty-eighth Ordinary Session of the Authority of Heads of State and Governments held on 23rd January 2021 via videoconference where these critical timelines were agreed.

“President Akufo-Addo, you are under a compelling obligation to open Ghana’s land borders now!” he demanded.

The government of Ghana in the early days of the COVID-19 pandemic outbreak announced the closures of the country’s land, sea and air borders as a measure to curb the importation of the virus into the country.

Despite announcing the reopening of Ghana’s air borders on September 1, 2020, the government is yet to reopen Ghana’s land and sea borders to travellers.

Several concerns, including economic implications, have been raised on the continued closure of Ghana’s land borders.

Sharing such concerns in his Facebook post, Mr Ablakwa again wrote, “those of us privileged to travel by air must spare serious thoughts for our compatriots who far outnumber the few elite air travellers but still cannot travel via our land borders for more than a year and still counting.”

“Our policy interventions should not leave the vulnerable masses behind. They do not deserve the indirect economic sanctions we have imposed on them.

“It is not impossible to put in place practical public health measures that protect all from the pandemic just as has been done for air travel.”