Interesting Behind The Scenes Of Hajia4Real And Stonebwoy Video Shoot » ™ 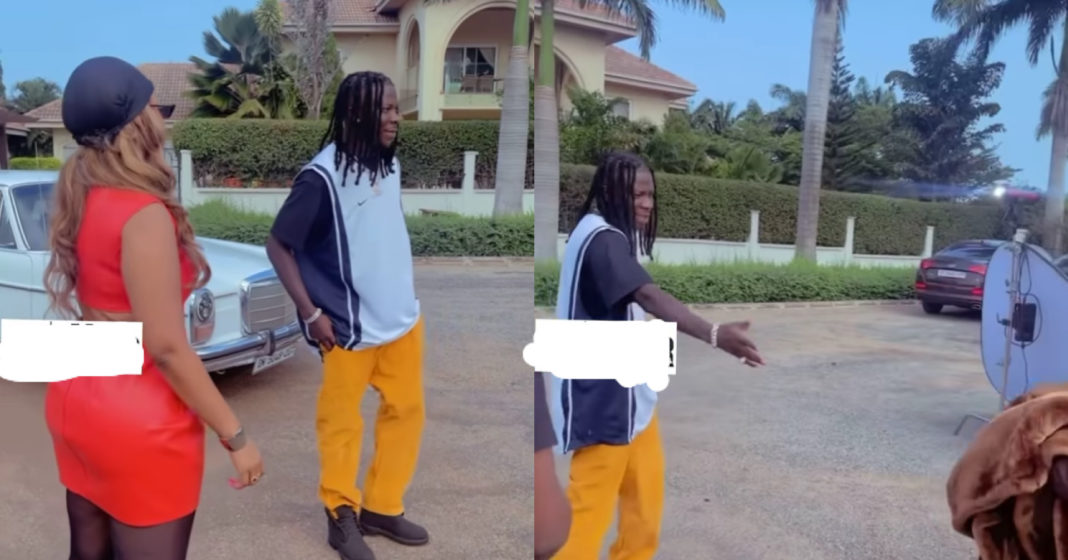 Influencer turn singer, Mona4real, aka Hajia4Real, has been hard at work on her upcoming EP ‘Here To Stay.’

Most people thought the beautiful Mona was just coming to pass through when she released her first single, but she herself stated that, this will not be the case as she is here to stay.

After that time, Hajia4Real aka Mona4real has  proved that she was very serious about pursuing her music career as she continued to release bangers, all with high quality videos.

We saw a video of her working on a video with Medikal a few weeks ago, following her release with Shatta Wale which was amazing and awesome.

This short video sighted online, shows Hajia4Real working hard on set with Stonebwoy to create an absolutely thrilling video. The video was premiered yesterday at her Here To Stay Visual EP launch which saw a number of people attending and showing her love.