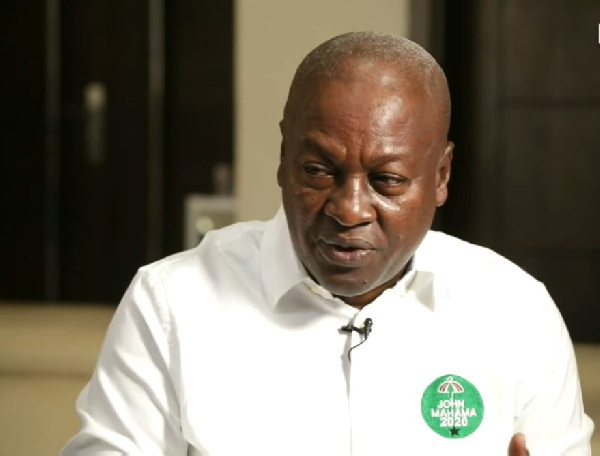 • There was an effective plan to ensure the success of Komenda Sugar Factory, Mahama insists

• Komenda Sugar Factory yet to begin operations since restoration in 2016

Former President John Dramani Mahama has defended his decision to build a government of Ghana sugar factory during his days of leadership.

According to Mr Mahama, the current government deliberately failed to operationalize the $35 million Komenda Sugar Factory which has been left in ruins following its commissioning in 2016.

In their defense, the current government has outlined that the government of John while putting up the factory failed to make arrangements for the supply of raw materials to aid production at the factory.

But reacting to the government’s claims in an interview with Cape FM monitored by GhanaWeb, Mr Mahama insisted that the plan for operating the factory included a provision for raw material generation, thus accused the government of deliberately distorting the plan.

“I’m not that foolish to set up a factory and have no plan for the provision of raw materials. I knew what the vision was. It was to get the raw materials first, and when we start production, we would have already had a processing plant,” he added.

The government of the day says it has commenced negotiations for a private investor to take over the factory.

But while expressing misgivings about the government’s intentions for the factory, Mr Mahama in his interview with Cape FM stated that the Komenda Sugar Factory is operationalized when his party is elected to power in 2024.

“If we come back to power god willing and the factory is not sold, it is a factory that can work to produce to meet a good percentage of Ghana’s sugar requirement. And so we will operationalize it to provide employment for those who will work there and others who will provide the raw materials as sugar cane farmers,” the former president said.