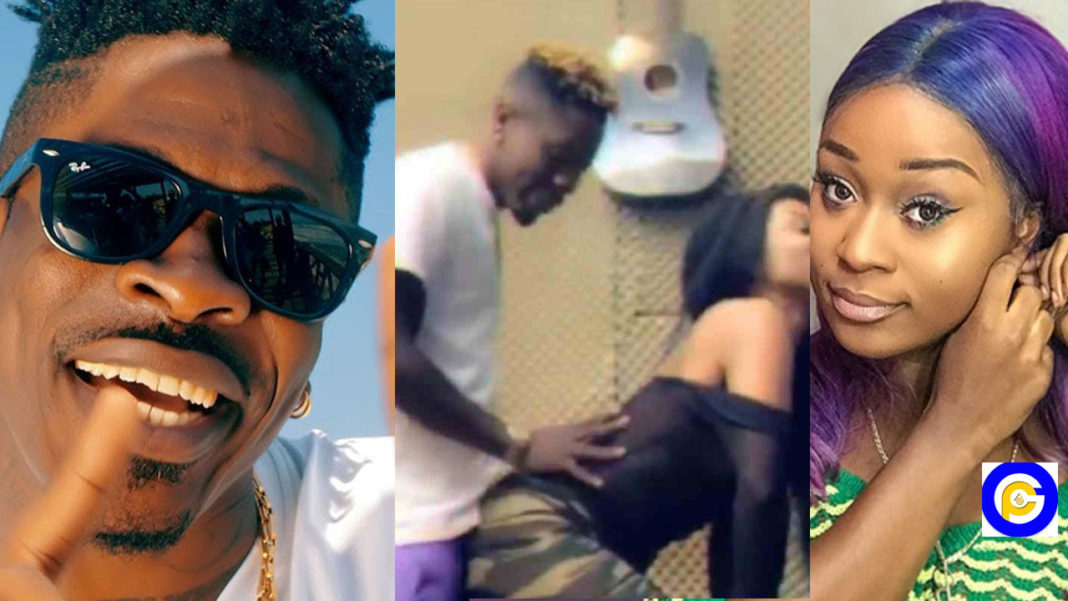 Actress Efia Odo has responded to speculations about her relationship with Reggae and Dancehall act Shatta Wale, ruling out any love affair with him.

During an interview on Peace FM, Efia Odo stated emphatically that she has never been intimate with the musician amid the public perception that the two may have been involved sexually sometime ago.

The rumours about Efia Odo’s affair with Shatta Wale grew rife after the two were occasionally spotted together in lovey-dovey videos and pictures that surfaced online.

But she disputed the rumours saying the only relationship that has ever existed between herself and Shatta Wale is friendship and nothing more.

She added that she can share a bed with Shatta Wale and nothing intimate will ever happen between them because they both respect the fact that they are just friends.

Although Efia Odo insists her response is the gospel truth about her relationship with Shatta Wale, many social media folks still believe she is lying but she is actually unperturbed.