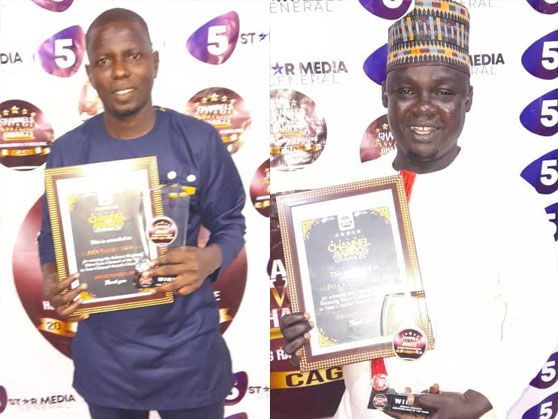 The station was nominated by the organisers in four different categories, including Best Morning Show, Best Mid-Morning Show, Best Drive Time Show and Best Twi News of the Year in Ashanti Region after a committee of judges shortlisted 10 radio stations out of the over 80 stations in the region.

The second stage of the competition required the listening public to vote for its favourite station through a short code.

The CEO of 5 Star Media Channel, Mr. Edudzi Elikem, in announcing Alpha Radio as winners in the two categories, commended the station for its hard work and challenged the station to endeavour to remain at the top by gearing its programmes towards the benefit of listeners and the society.

The General Manager of Alpha Radio, who doubles as host of the station’s morning show, after receiving the awards thanked the station’s CEO Sheikh Mohammed Ridwan for his support and encouragement, and dedicated the two prestigious awards to the large listenership of Alpha Radio whose efforts attracted the great victory. He promised that the station will not relent on delivering quality local content programmes that benefit the community, especially vulnerable groups.