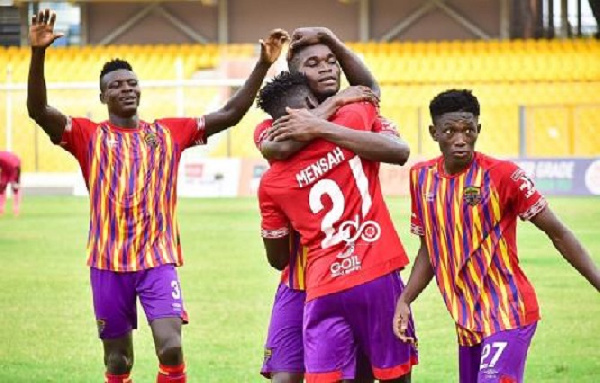 Accra Hearts of Oak legend, Lawrence Adja Tetteh, has tipped his former side to beat Wydad Athletic of Morocco in the CAF Champions League preliminary round on Sunday, October 17, 2021.

According to Adja Tetteh, a member of the 64-Battalions, the Phobians have a good team to compete with the Moroccan champions in this first-leg encounter.

“Hearts of Oak’s department is working, from the regular players and those on the bench. Against Kamsar, Hearts played as if they are a team always playing in the Champions League.”

“If they listen to the coaches instruction they can qualify here in Ghana”, he told Ohene Bampoe Brenya in an interview on Happy Sports on Happy 98.9FM.

“The North African teams no how to play in the CAF Champions League. They plan and always try to reach the money zone because it is very lucrative. So they will try and score in the opening minutes. They only need one goal. The players should play to the coaches instruction and take their chances”, he added.