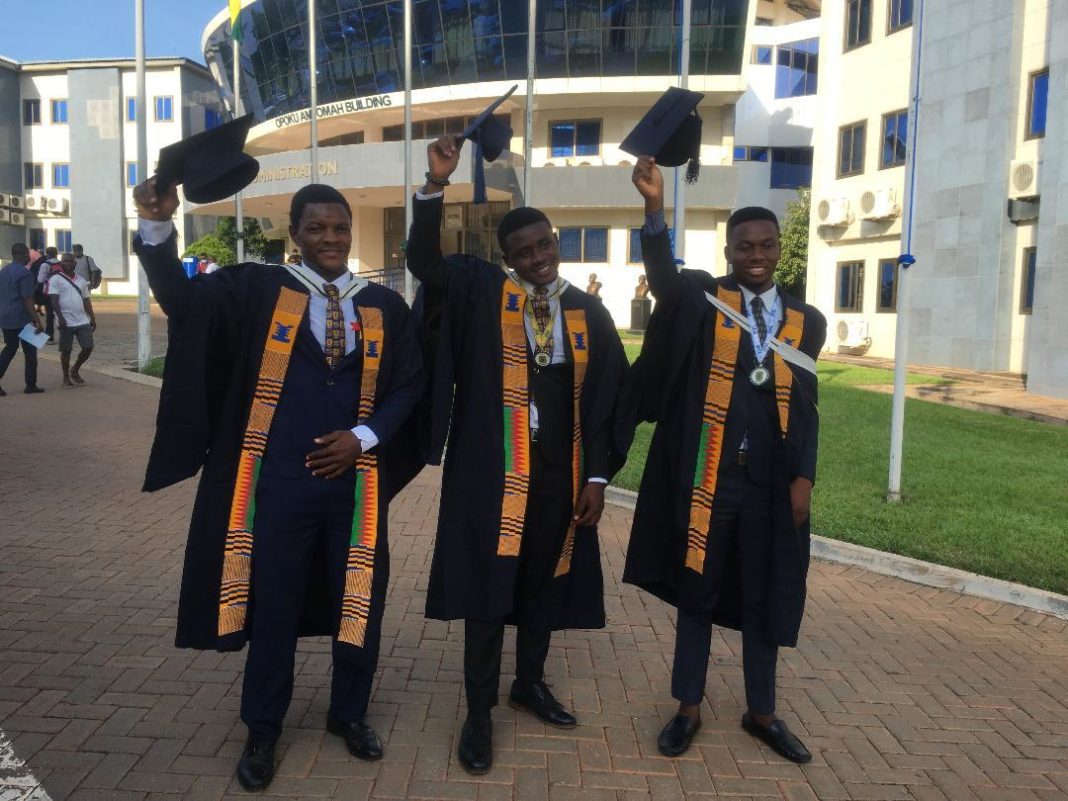 Three beneficiaries of the MTN BRIGHT Scholarship scheme, who pursued various degree programmes at the University of Professional Studies Accra(UPSA), have graduated with second class upper division during the 13th Congregation of the University.

The three expressed gratitude to MTN for the opportunity given to them to achieve their dreams, saying they could not have achieved the feat without its support.

Solomon Ofori Kwafo, speaking on behalf of his colleagues, said the scholarship covered the cost of tuition, accommodation, and monthly stipends.

Sharing how difficult campus life was before MTN came to their aid, Mr Kwafo recounted his financial difficulties and how he got into an encounter with one of his lecturers who introduced him into the scheme, where he was granted an opportunity to go for an interview, giving him the chance to continue with his studies.

He said due to the scholarship scheme, he did not just graduate with second class upper division but also won an award as best graduating student in the Actuarial science department.

“It’s a dream come true coming from a poor village called Kyele in the Upper West Region, and these two years of relief from MTN was not just to achieve my dream but a goal step into the world to exhibit what I am capable of doing,” Mr Dikono said.

Mr Krampah said since level 200 the scholarship brought relief to him and boosted his morale as a student, and ultimately contributed to his academic achievement, adding that it would not have been easy with only his mother taking up all the finances after the demise of his father.

The Scholarship scheme was initiated by MTN Ghana Foundation and has so far benefited many students.
GNA