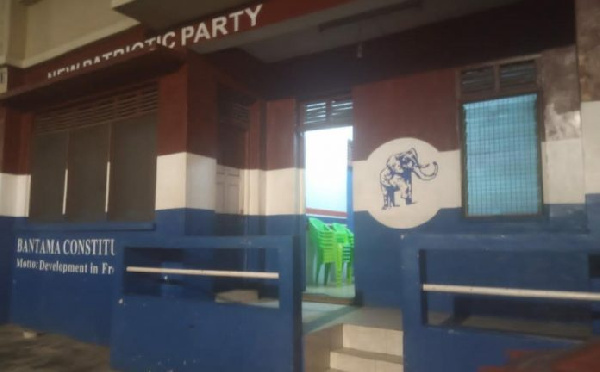 Tension is brewing within the New Patriotic Party (NPP) at Bantama in the Ashanti Region as some polling station executives complain of intimidation by constituency executives to flush some names out of the delegate’s album.

Mr Boakye Ansah alleged that the Constituency Chairman has been engineering ways to remove names perceived to be against him just to ensure he goes unopposed in next year’s congress.

“We have been subjected to serious intimidation by the Chairman,” he said.

“Now five polling station executives have been hauled before Disciplinary Committee just because they do not side with with the Chairman. If you are not with him, then they victimize you. This is what we are going through.”

Responding to the allegations, the Bantama Constituency Chairman cleared that “there’s nothing like intimidation”.

“We are just ensuring discipline among members because there are rules and procedures within our party and no one is above the law. So, if there’s action of insubordination then the law must apply and if you feel intimidated then I’m sure that person has issues with discipline.”

Despite the thorough explanation by the Chairman, the polling station executive is of the view that Fiifi Mensah knows very well he might lose the upcoming constituency elections hence his resort to removing names from the delegate’s register to ensure his smooth sail.

But, he said, they have vowed to resist any attempts to disenfranchise some delegates for his parochial interests.

The aggrieved Bantama delegates further alluded that already some regional party executives have disclosed intentions to go every extent to ensure he sails through unopposed.

They believe what the Constituency Chairman has begun is a clear example of sabotaging the system for their interests.

Mr Boakye Ansah, who seemed angry, told host of the show Sir John that with this growing attitude of intimidation and perceived unopposed agenda, it may be very difficult to ‘break the eight’.