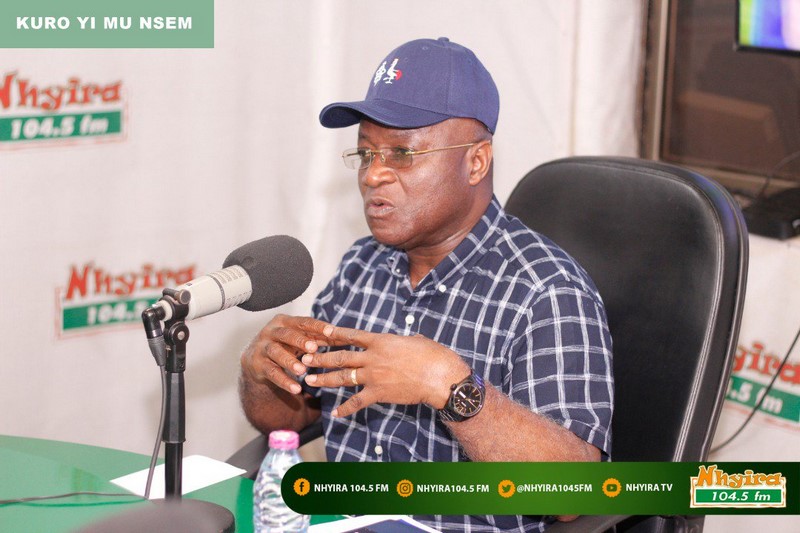 Majority Leader in Parliament, Osei Kyei-Mensah-Bonsu, has condemned the use of threats by some members of the general public to influence Members of Parliament to pass the Promotion of Proper Human Sexual Rights and Ghanaian Family Values Bill before the House.

Speaking to JoyNews’ Evans Mensah during a one-on-one interview, the Majority Leader described such attempts as unnecessary, adding that the dialogue on rights for the LGBTQ+ community has been shrouded with emotions and sentiments.

He revealed that a section of the public is demanding a live telecast of discussions on the matter so they could target legislators who oppose the passing of the bill.

“Unfortunately, we are introducing in this discourse emotions and sentiments which I think are very unnecessary. With all the threats that are being poured into the arena. People saying that we will chase Members of Parliament with cudgels if we don’t pass this law. It is not necessary.

“Someone was even saying we should telecast the discourse so people will know who will be voting against what.”

On the issue of secrecy, the Suame MP allayed fears stating that there has never been an occasion where, in the consideration of any bill, Parliament has failed to be transparent.

“Some of the people are not even following the conduct of business in Parliament. Everything is done in the open and for those who are saying that ‘and we will know who voted against the bill’ when at any stage do we vote on a bill?” he quizzed.

Mr Kyei-Mensah-Bonsu explained on Wednesday that voting comes to play only when a bill is passed through a Second Reading.

He further elaborated “It is there that the principles of the bill are elucidated on by the sponsors of the bill.

Then the Committee that the matter has been referred to would have gone to analyze the bill, listen to stakeholders, from that and the memorandum, they will come with a report. The report will tell us the constitutionality of the bill, the purpose of the bill, what mischief has been identified, and the cure that is proposed.”

According to him, the values and practices of ethnic groups in Ghana are contrary to the ideals of the LGBTQ Community. He stated that it has not been proven that any ethnicity applauds same-sex-related activities.

“Ghanaians have our own unique upbringing. Our own set of values, we know what is right and what is wrong. I belong to the Assemblies of God Church. I am a Christian. I will not pretend my upbringing has not been impacted by Christianity. Equally so for my colleagues who are Muslims.

“I’m not too sure I know of any ethnic group in this country that applauds homosexuality.”

In view of this, he admonished members of the public to desist from issuing threats and being insecure about the decision Parliament will take with regards to the matter.

“If you and I agree that no ethnic group in this country applause this, why should anybody have any fear that any Member of Parliament is going to vote against the principles of the bill?” he stated.

Since some eight legislators spearheading the Promotion of Proper Human Sexual Rights and Ghanaian Family Values Bill presented the bill to Parliament on June 29, the country has heard views from institutions opposing and applauding the bill.

MP for Ningo Prampram, Sam Nartey George who is a part of the proponents seeking for the promotion, advocacy, funding, and acts of homosexuality to be criminalized, has been equivocal insisting that the culture of the LGBTQ Community is alien to the values practiced in the country.

Two separate documents have been sent to Parliament’s Committee on Constitutional, Legal, and Parliamentary Affairs on October 2, making a case against the proposed Promotion of Proper Human Sexual Rights and Ghanaian Family Values Bill, 2021.

The bill is currently being handled by the Committee on Constitutional, Legal, and Parliamentary Affairs.

The Committee has so far received over 124 memoranda from the public over the anti-LGBTQI+ Bill, which is currently before the House for consideration.

Per the Promotion of Proper Human Sexual Rights and Ghanaian Family Values Bill, individuals of the same sex who engage in sexual intercourse are “liable on summary conviction to a fine of not less than seven hundred and fifty penalty units and not more than five thousand penalty units, or to a term of imprisonment of not less than three years and not more than five years or both.”