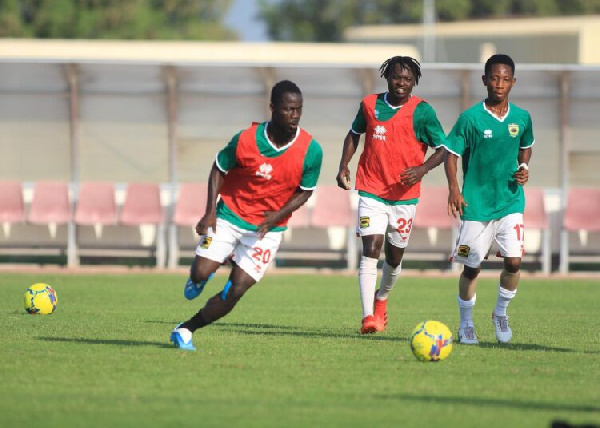 Nettey scored an own goal in the game

Defender Christopher Nettey turned the ball into his own net in the 58th minute in a game that needed two separate water breaks due to the humid nature of the Middle East nation’s weather.

Dickson Afoakwa led the attacking lines with youngsters Clinton Opoku and Joseph Amoako providing offensive valves from either side of the wings.

Kotoko settled into the game after 16 minutes with Fabio Gama, Emmanuel Keyekeh, and Richard Boadu pulling the strings in midfield but failed to create any meaningful scoring opportunity in the first half apart from a slight chance that was squandered by Afoakwa.

Prosper Narteh rang changes after the break by introducing Richmond Lamptey to replace Keyekeh in the middle but Hilal scored the only goal of the game moments after his introduction a Nettey turned a cross into his own net.

Kotoko should have pulled parity when Lamptey artfully tossed in a cross from the left but Gama arrived late as the ball traversed the goal line.

The Ghana Premier League record winners will play their next pre-season game in three days’ time.