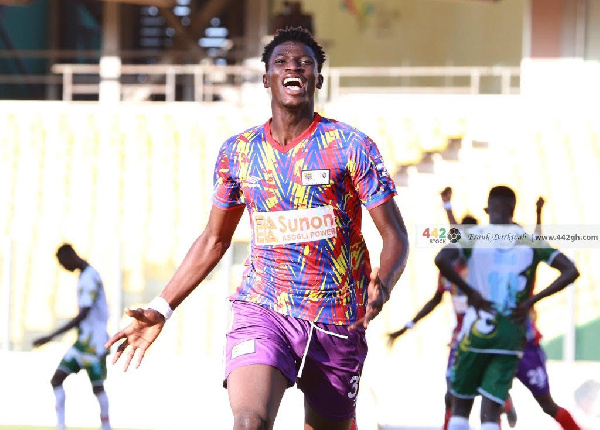 Nurses, midwives and relatives saw my son as a girl – Mother of transgender recounts

Salim Adams is confident of a Hearts of Oak victory

Salim Adams has said that he and his Hearts teammates are confident going into what will be a ‘special game’ against Wydad Casablanca on Sunday.

Speaking to phobianews.com, Adams stressed how important it is for his side to win the game. It’s a special game. Two Continental giants play against each other so everyone plays for a good result,” Adams explained.

“We have confidence we can play like it’s a normal game. It’s important of course but in the end, our target is just one target: we need to win the game convincingly and go to Morocco with a good result.”

On the whole, Adams is enjoying a fine first season back at Hearts. He scored in his competitive debut in Hearts’ 2-0 win over C.I. Kamsar last month.

“I’m enjoying life at Hearts, but the players make it easier and the coach also makes it easier for me,” Adams said.

“But as I said, results are the most important thing. I’m doing good and I feel good with the team and I’m trying to help the team always to get points.

“I try in every game to score, to do something different, but I’m happy about our performances and about what we have right now.”

Nurses, midwives and relatives saw my son as a girl – Mother of transgender recounts