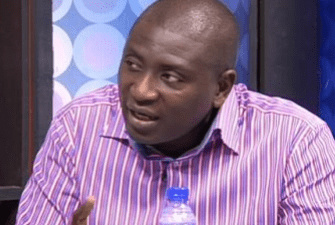 Energy expert, Kojo Poku, said the current decisions taken by the government imply that it does not seek to effectively address the issue of fuel price increases.

Speaking on PM Express on Joy TV amidst fears of a further increase in the price of petroleum products, he stated that among the many things the government had failed to do was to revise the price deregulation policy and stabilize the exchange rate.

Although he admitted the National Petroleum Authority (NPA) has taken steps to review the policy, the government for him has not handled the matter as one that is of national interest.

He said, “The current CEO of the National Petroleum Authority promised civil societies that he is going to do it and true to his word, there was a Committee that was set up. There was an engagement at Fiesta Royal last week. So you can see that the current CEO of NPA is trying to look at it,” he said.

He said, “The reason I said I don’t think the government is serious enough is that petrol is a necessity. We cannot choose not to buy. In some countries, it is a national security issue”.

“There are some mechanisms government itself can take charge of. If you look at the price difference between what we were at pre-Covid, and what we are now, the price should be where it is if the dollar to the cedi had been managed. It is the biggest influencer in that price build-up,” he told Evans Mensah.

He added that the government has been unable to properly educate some players in the energy sector on the reasons why it has imposed some fuel taxes and levies.

Mr Poku made this submission in reaction to demands by the National Communications Officer of the Ghana Private Road Transport Union (GPRTU), Abass Moro that the government scrapped the BOST marginal levy because it was irrelevant.

“You heard the gentleman on the phone that he is asking for five margins and levies to be scrapped and he mentioned BOST margin that he doesn’t know why we should pay. He is ill-informed.

“Government is not even informing the populace on why he is taking some of these monies.”

According to him, should government heed to such calls and scrap the BOST marginal levy, “there is a lot that would go wrong in this country.”

His comments come at a time when the government has been urged to intervene on the issue of increased fuel prices.

After the Institute for Energy Security projected that the diesel price is expected to go up marginally from the beginning of October, some Oil Marketing Companies (OMCs) started adjusting their fuel prices upwards at the pumps.

Meanwhile, to mitigate the impact of the spike in fuel prices, President Nana Akufo-Addo has granted approval to zero the Price Stabilisation and Recovery Levies on petrol, diesel, and LPG for a period of two months.

But the Ghana Private Road Transport Union (GPRTU) says the government should do more by scrapping five others including the special petroleum tax and energy sector recovery levy.

“We have identified about five or six taxes and levies that we want the government to strike out. We realized from May this year to October, fuel prices have gone up significantly. In May, a litre of petrol or diesel was priced GH¢6.08. Currently, it is around GH¢6.50. It has affected our business a lot,” Mr Moro bemoaned.