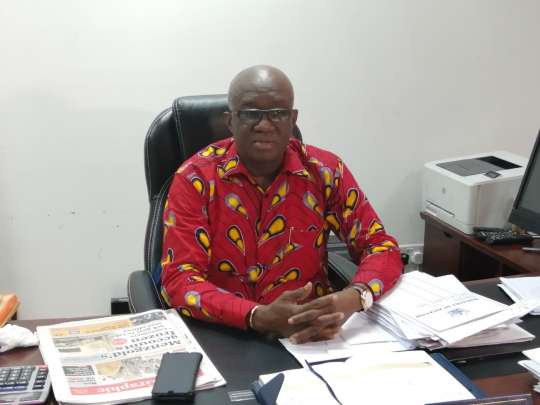 A former Minister of Aviation, Joseph Kofi Adda, has died.

Mr. Adda who is the immediate past Member of Parliament for Navrongo Central in the Upper East Region died at the age of 65.

According to a relative, Mr. Adda died in the early hours of Thursday, October 14, 2021, on arrival at the Legon Hospital.

The relation told Citi News he had been battling with ill-health for the past few years.

He was also a Financial Economist and a Management Consultant.

A former Deputy Minister for Agriculture, Kennedy Nyarko Osei, also confirmed the death of his former colleague on social media and commiserated with the family.

Joseph Adda was born at Navrongo, the capital of the Kassena-Nankana District in the Upper East Region of Ghana.

He had his secondary education at St. John’s School, Sekondi, and obtained a Bachelor of Science degree in politics and economics from the Indiana Wesleyan University, Marion, Indiana, the United States, which he attended between 1979 and 1982.

Between 1982 and 1984, he was at Columbia University, New York, where he studied for a Master’s degree in International Affairs, specialising in Finance and Banking.

He went on to get a graduate certificate in African Studies from the same university.

In 1989, he obtained a certificate in French language and civilization from the Sorbonne University, Paris, France.

Mr. Adda first entered Parliament in 2003 after winning the Navrongo Parliamentary seat in a by-election.

This was after the death of its sitting MP, John Achuliwor. He subsequently retained his seat in the 2004 general elections.

Mr. Adda served in various capacities under the Kufuor administration.

He was appointed in 2005 as the Minister for Manpower Development and Employment and later became the Energy Minister in April 2006.

In 2008, Joseph Kofi Adda retained his seat when the NPP lost the general elections but lost it in 2012 to Mark Woyongo.

He won the seat back in the 2016 election then, lost it to Upper East Regional Minister Tangoba Abayage in the NPP’s parliamentary primary ahead of the 2020 election.