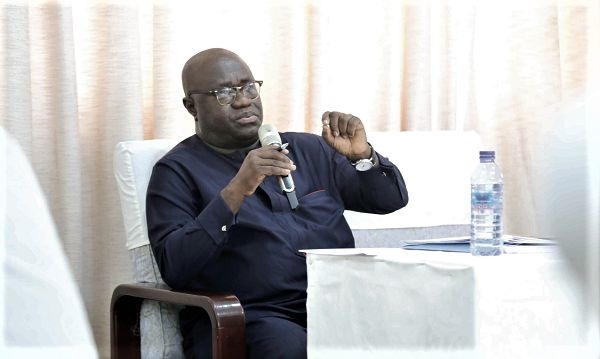 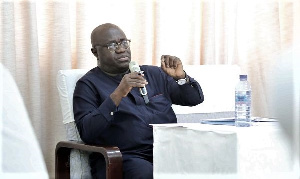 Director of the Faculty of Academic Affairs and Research at the Kofi Annan International Peacekeeping Training Centre, Prof. Kwesi Aning, has described as worrying the increasing societal acceptance of the benefits arising out of violent crimes.

According to him, Ghana should not consider herself different from countries in the Sahel region and parts of West Africa that are confronted with security challenges.

Prof. Aning called for a more focused attention on internal security threats that have the tendency to escalate and also be able to see and properly classify such threats early and deal with them appropriately.

Prof. Aning was speaking at the opening of a 3-day capacity development programme in Cape Coast for local peace actors in the country.

The Boards all have a membership of 14 except that of the National Theatre which has 9 members under the Chairmanship of Nana Fredua-Agyeman Ofori-Atta.

The National Film Authority is under the Chairmanship of Veteran Actor David Dontoh with the Sector Minister, Dr. Ibrahim Mohammed Awal, doubling as the Board Chairman of the Commission on Culture.

In his inaugural address, Dr Awal said Tourism, Arts and Culture are interlinked and are strategic to the sector in many ways. He tasked the Commission on Culture in particular to be strategic and address the fast adulteration of the Ghanaian culture.

To this end, they should by June 2021 develop a new Cultural Policy to reflect the rich diversity of the Ghanaian Culture.

Board Chairman of the National Theatre, Nana Fredua-Agyeman Ofori-Atta expressed appreciation to the President for the confidence reposed in them pledging that they are ready to deliver on the mandate of the Board which requires the unflinching support of the Ministry.

For his part, the Board Chairman of the National Film Authority, David Dontoh said the challenges confronting the industry are numerous yet surmountable.

He said considering the calibre of personalities serving on the Board, there cannot be any justification for failure.

The 3-newly inaugurated Governing Boards took the Oaths of Office and Secrecy.