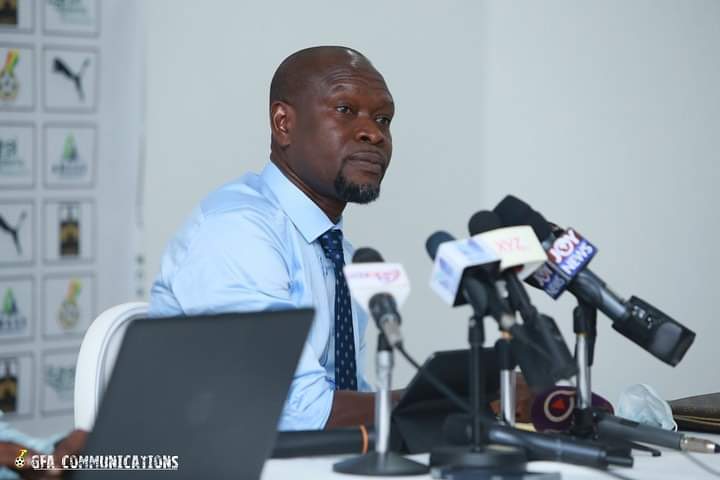 The Ghana Football Association (GFA) has written to the Ministry of Youth and Sports to notify them that former Black Stars coach, Charles Kwablan Akonnor, is due a compensation package of $50,000 for their decision to terminate his contract, JoySports has learnt.

CK, as the former Asante Kotoko and Hearts of Oak coach, is affectionately called, was sacked on September 13 by the Executive Council of the GFA after Black Stars’ 1-0 loss to Bafana Bafana in the ongoing FIFA World Cup qualifiers.

JoySports sources within the leadership of the football governing body say Akonnor is due $50,000 as agreed in his contract.

An official of the FA quizzed rhetorically, “how much were you expecting him to be paid?’ when Joy Sports made contacts, adding, the termination clause of the contractual agreement did not state otherwise.

It is unclear if the Sports Ministry has started processing the severance package, but JoySports understands it should be paid within this month.

The Ghana FA and CK Akonnor have exchanged letters following his sacking last month, but the content of the letters is not yet known to JoySports, but sources tell us the FA has acknowledged receipt of a letter from Akonnor.

Before the termination of Akonnor’s contract, he was owed about $425,000, but a cheque of $50,000, representing two months of his arrears was signed to be delivered before the national team’s trip to South Africa for the second game of the World Cup qualifying series.

The Sports Ministry has taken the initiative of paying Akonnor two months’ arrears every month, to ensure it is cleared within the shortest possible time.

JoySports understand another cheque of $50,000 could be ready by the end of this month. If this is processed as planned, four months of the former Black Stars’ skipper outstanding salaries would have been settled.

Akonnor was appointed Ghana coach in January 2020 to succeed Kwasi Appiah, and led the Black Stars for 10 matches.

Gary Nimako to chair New Gaming Commission of Ghana Board