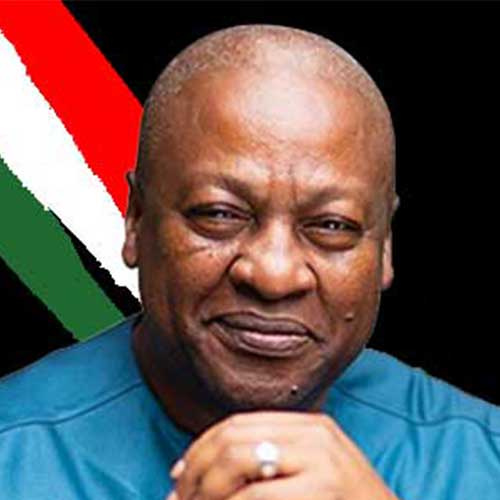 An Executive Member of the National Democratic Congress (NDC) in the Tema East Constituency of the Greater Accra Region, Mr. Stephen Ashitey Adjei, has rubbished what he says is the main selling point that pro-Mahama party members and executives are using to pimp former President John Mahama down the throat of the party in respect of the 2024 elections.

According to Mr. Ashitey Adjei, who is popularly known as Moshake, the excuse that the former President is the one prospective presidential candidate who has money to properly fund a campaign and therefore he should be allowed to be the party’s flag bearer is myopic.

“John Mahama is a cash cow and so what?” Moshake asked in his latest epistle on matters within his party, the NDC.

He said, “what is the use of a cash cow Presidential candidate if, at the end of the day, he is not sellable to the voter?”

Moshake’s write-up comes in the wake of vibes from some leading members of the NDC that former President John Mahama will be the party’s presidential candidate for the fourth time in a row in the next election in 2024.

The Tema East NDC Executive member who has been insisting that the former President give way for another person to lead the NDC, wrote that the reason why a few people are saying Mr. Mahama should lead the party again is that he is seen as a cash cow.

“But the question we must ask ourselves, is if Mr. Mahama is a cash cow today, who made him a cash cow; was it not the NDC brand? If the NDC platform is what made Mr. Mahama a cash cow, can’t the same brand make another person a cash cow too?”

Moshake urged the party to, “look beyond this rather trivial point and consider more important issues, like the electability of a man who has never managed to shake the opposition’s corruption and incompetence tag on him.”

According to him, in addition to Mr. Mahama’s battered image, the former President has also shown a lack of vision and savvy in election campaign executions.

Moshake added that comparatively, the other prospective presidential candidates have contributed more to the fortunes of the NDC than former President Mahama and that they, being people of better ability at teamwork, will provide better partnership with the party’s Parliamentary candidates than Mr. Mahama would.

“Take Dr. Kwabena Duffour for instance, in the 2016 elections, he adopted about 30,000 party branches and made funds available for them. Mr. Mahama has never made any such contribution so why should the idea that he is a cash cow be the reason why we should make him flagbearer again?”

Mr. Ashitey Adjei called on party members and executives to stop chasing money and step up a search for a winnable candidate, “rather than one that can dole out cash to fund his own campaign but has not been accepted by voters.”