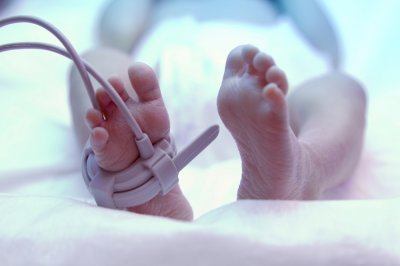 Oct. 13 (UPI) — Women who give birth prematurely are about twice as likely to develop high blood pressure later in life compared to those who deliver their babies full term, a study published Wednesday by JAMA Network Open found.

In a study of 2 million women in Sweden, those who have babies at fewer than 37 weeks gestation — 39 to 41 weeks is considered full term — were 67% more likely to develop high blood pressure in the next decade, the data showed.

Women with childbirths that occur after 22 to 27 weeks of gestation — considered “extremely preterm” — had a two-fold higher risk for high blood pressure during the next 10 years compared to those who gave birth at full term, the researchers said.

The risk was 55% higher among women who gave birth after 28 to 33 weeks, according to the researchers.

Although the increased risk for high blood pressure among women with a history of preterm childbirth declined after the first decade, it remained higher compared with those who did not have a preterm birth for up to 40 years, they said.

This was true even in women who did not have a family history of high blood pressure, which places them at increased risk for the condition, the researchers said.

This was true “even after adjusting for preeclampsia” — or high blood pressure during pregnancy — and “other hypertensive disorders of pregnancy,” they said.

About one in every 10 babies in the United States is born preterm, or at fewer than 39 weeks gestation, according to the Centers for Disease Control and Prevention.

Fewer than one in 15 pregnant people will develop high blood pressure, or hypertension, during pregnancy, increasing their risk for preterm delivery, the agency estimates.

However, less is known about the risk of high blood pressure post-pregnancy among women who give birth preterm, according to the Mount Sinai researchers.

For this study, the researchers, working with colleagues from Lund University in Malmö, Sweden, analyzed data on nearly 2.2 million Swedish women who collectively gave birth to more than 4.3 million children between 1973 and 2016.

More than 350,000 of the women included in the study developed chronic high blood pressure, the researchers said.

Women in the study with a history of preterm childbirth were 25% more likely to develop chronic high blood pressure during their than those with full-term deliveries, with the risk highest during the first 10 years, the data showed.

“Preterm delivery should now be recognized as a risk factor for hypertension across the life course,” the researchers wrote.

“Women with a history of preterm delivery need early preventive evaluation and long-term risk reduction and monitoring for hypertension,” they said.