‘I am married for 9yrs now but my husband is so boring; no outing, no perfume and no phone password’ – Married woman feeling lonely 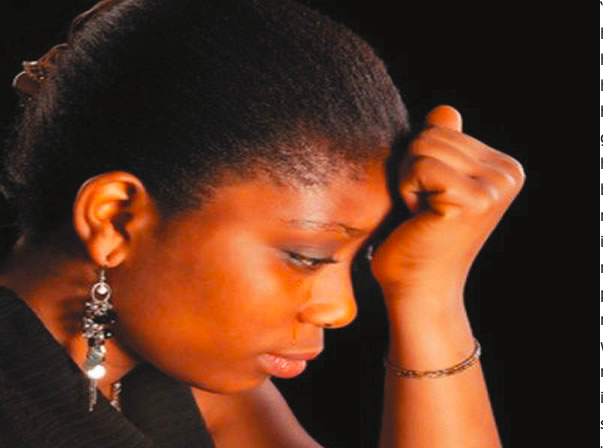 Realest Blogger of GHBase.Com fame is a firm believer that the most dangerous and annoying species on earth now is the daughters of Eve or better still ladies. They just don’t know what they want in life.

And if you’re a man and want to satisfy them, you’ll die early before your appointed time and the content of this publication is no different from the premise.

Fast forward to the subject matter, a woman who has been married for the past nine (9) years has sent a message to Counsellor Joro to help her deal with her relationship plight.

According to the estranged married woman, her husband is so perfect and has no flaws and as a result, his way of life appears boring to her – the man doesn’t go out, no password on his phone as well as perfume.

Enough, read the full text below vis the screenshots. 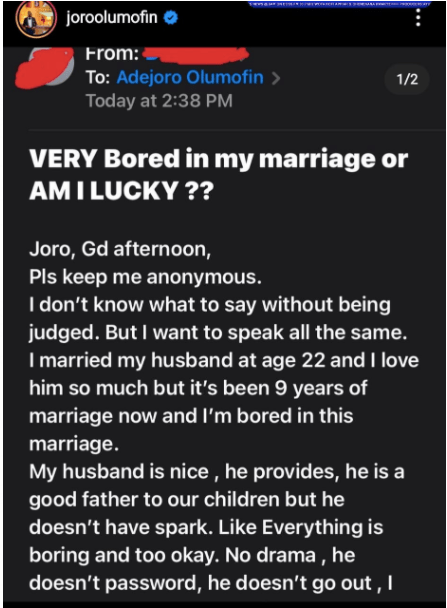 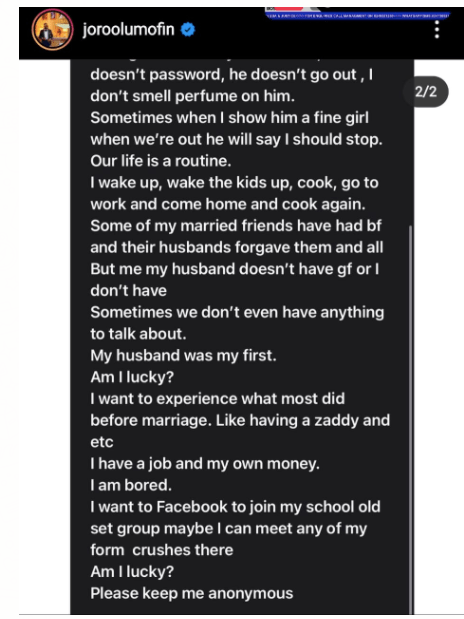