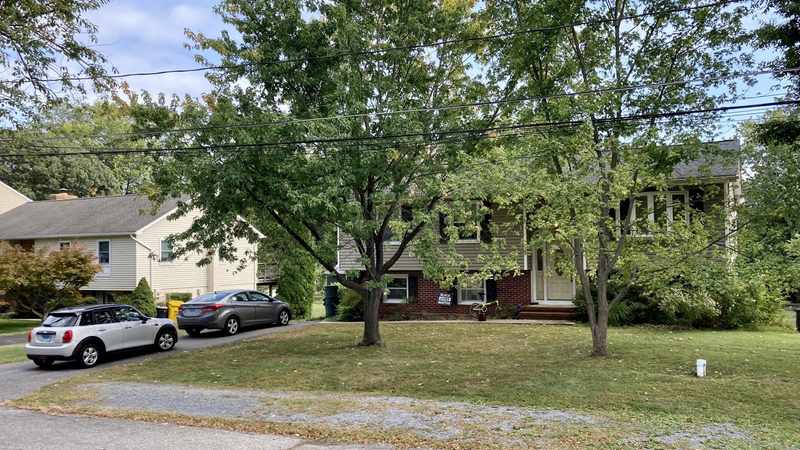 Federal prosecutors said Monday they will seek continued detention for a Maryland husband and wife accused of trying to sell US nuclear submarine secrets, out of concern the couple may try to flee the country rather than face a potential life prison sentence.

Jonathan and Diana Toebbe, who live in Annapolis and have two children, are scheduled to make a brief appearance Tuesday in federal court in Martinsburg, West Virginia. They were arrested Saturday in Jefferson County, W. Va., during what officials said was their latest “dead drop” of information to a person they thought was their foreign spy service handler.

During a nearly year-long sting operation, the couple allegedly sent thousands of government documents about nuclear submarine propulsion systems to the purported handler – who turned out to be an undercover FBI agent gathering evidence against them, according to a criminal complaint unsealed Sunday.

The case is remarkable for the seemingly innocuous suburban life the couple lived, the complex and sometimes comical nature of the steps they took to disguise their clandestine work and the unusual degree of assistance the still-unidentified foreign country appears to have given the FBI.

Several times this year, authorities said, the Toebbes hid small data cards in everyday items – a Band-Aid wrapper, a chewing gum package, half a peanut butter sandwich – to be picked up by the foreign spy operative they thought was paying for details about U.S. nuclear submarine technology.

“Although most spy cases don’t involve peanut butter and Band-Aids, the facts alleged follow a familiar pattern: Insider within the U.S. government approaches a foreign power to sell U.S. secrets for money, is compromised despite their best efforts at tradecraft, and – to their surprise – is subsequently arrested,” said David Laufman, a former senior Justice Department official.

“What’s striking to me, though, is that a foreign government not only informed the FBI about its receipt of sensitive U.S. military technology with potential benefit to that government’s defense capabilities, but also appears to have actively cooperated in cultivating a relationship of trust between the FBI and the alleged U.S. spies designed to facilitate their identification and arrest.”

The criminal complaint says Jonathan Toebbe, seeking assurances that he was really dealing with officials from the foreign country, asked them to show a signal from their embassy in Washington over the Memorial Day holiday weekend. The FBI arranged to have the signal placed at the embassy – suggesting the foreign government may have not just tipped off the United States to the alleged spy attempt, but that it also helped the FBI build its case.

The Toebbes are charged with violating the Atomic Energy Act, which makes it a crime to share “restricted data” and is a separate and in some ways easier-to-prove charge than sharing classified information.

Their arrest came as a shock to neighbours and Diana Toebbe’s former students, who knew her as a passionate teacher who loved knitting – a far cry from the alleged accomplice serving as a lookout while her husband left secret data stashes.

Jerry LaFleur, retired former director of the U.S. Diplomatic Courier Service, said he’d spoken to Jonathan Toebbe just twice in their five years sharing a backyard fence:once to tell Toebbe about the weeds threatening to grow over the fence and into LaFleur’s yard, and again when LaFleur went over to remove the offending plants.

“He wasn’t talkative. Just a friendly, normal guy,” said LaFleur, 87, who struggled to understand why Toebbe would have tried to sell off national secrets. “I worked in the State Department for 37 years. You just don’t even think about anything like that. I flew around the world with top secret documents . . . he probably would’ve liked to have those!”

The Toebbes’ across-the-street neighbour said she opened her front door Saturday to see two FBI agents on her porch, and others pulling apart Diana Toebbe’s grey Mini Cooper and visiting houses down the street.

“It was like a bomb hit,” she said. “The FBI just descended on the place. We were like, ‘Where was the explosion?’ “

The neighbour, who spoke on the condition of anonymity for privacy reasons, said her family moved from Washington’s Tenleytown neighbourhood this summer to enjoy some “peace and quiet . . . And now this happens.”

Recent graduates of the close-knit Key School, where Diana Toebbe has taught for years, remarked on her brilliance. Those who know her said she was a meticulous teacher who pushed students to think in new ways. On Monday, a school spokeswoman said Toebbe had been suspended indefinitely.

“Hearing that one of my teachers is involved in something like that? That’s just insane,” said Malin Deutsch, who graduated in 2019 and is now a junior at the University of Vermont. “I only really ever saw her as an English teacher. I didn’t think she could do something – or possibly do something – like that.”

The Toebbes moved to Annapolis in 2012, the same year Jonathan joined the US Navy as a nuclear engineer. They settled in Hillsmere Shores, Md., where residents have their own private marina and beach.

Toebbe served for five years on active duty, mostly as a Navy nuclear engineering officer at the Naval Nuclear Propulsion Program (NNPP) in Arlington, Va., according to a copy of his service record provided by the Navy. The program oversees the design, operation and maintenance of nearly 100 nuclear reactors throughout the Navy, according to recruitment documents. More than 60 aircraft carriers and submarines in the fleet or under construction use nuclear energy rather than gas turbines for power.

Toebbe left the military in 2019 after serving as a human resources officer in the Navy Reserve. He was not assigned to any ships and did not serve on any deployments. Out of three awards he received, two were given for joining the military, and another – the Navy and Marine Corps Achievement Medal – is commonly earned for finishing a term of service.

Toebbe “seamlessly” continued his work in a similar capacity as a civilian at NNPP after he left active military service in 2017, according to a US defence official, who spoke on the condition of anonymity due to the sensitivity of the investigation. It is unclear if his arrest will prompt a broader review of Navy procedures of monitoring access to restricted information, the official said.

Lee Cohen, a corporate recruiter who specializes in helping military officers transition to the private sector, said Toebbe reached out to him in March of 2016 asking for help in exploring his options. As a naval reactor nuclear officer, Cohen said, he was part of a marketable, highly selective group. Cohen said he came off as “cerebral.”

“There’s a reason people become traitors, and usually it’s because they get screwed by the military or they are in duress, needing money really, really badly,” Cohen said. “I didn’t know of any of those factors with him, so I don’t know why he would choose to do such a thing. But it’s terrible.”

Toebbe’s Facebook page indicates that one of his favourite books is Cryptonomicon – a thick science fiction novel popular with math and computer science geeks. One of the protagonists is Lawrence Pritchard Waterhouse, a mathematical genius and young Navy captain, whose grandson becomes a “crypto-hacker” on a mission to build a futuristic “data haven . . . where encrypted data can be stored and exchanged free of repression and scrutiny.”

It’s unclear where the couple first crossed paths, but their time at Emory University in Atlanta overlapped, according to their LinkedIn pages. Jonathan Toebbe earned an undergraduate degree in math and physics and a master’s degree in physics. Diana was a doctoral student in the anthropology department. Her dissertation centred on a collection of human remains unearthed at an archaeological site known as Hasanlu, located in Iran. In a lengthy acknowledgment, she began by thanking her “forever first.”

“My husband Jon,” Diana wrote, “who acted as my midwife during the painful birth of this work.”