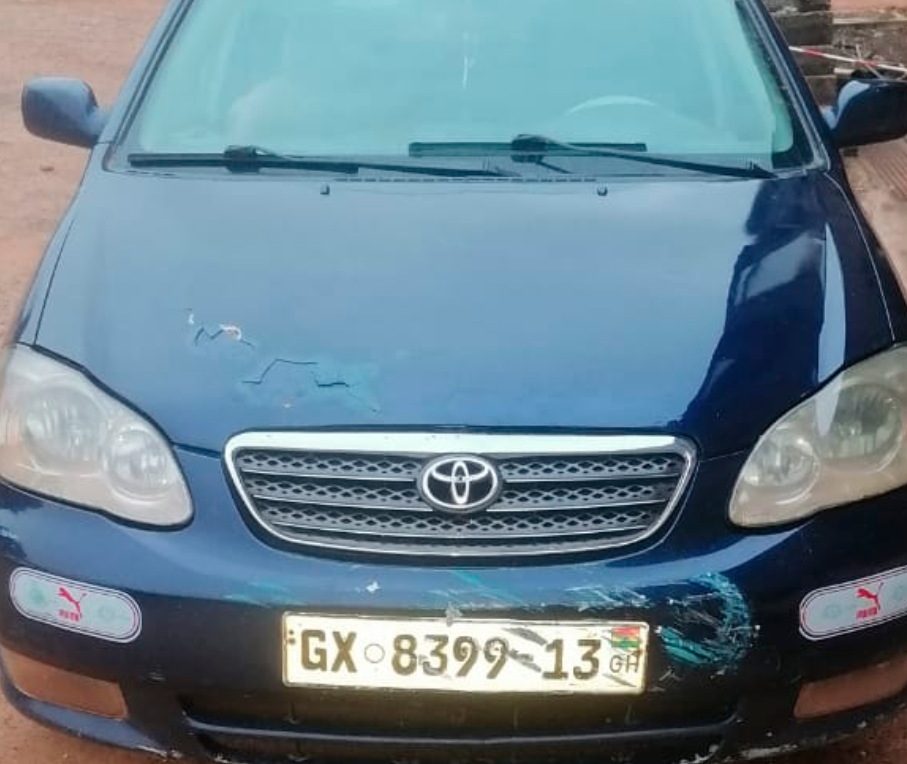 A robbery suspect shot by the police in an exchange of gunfire is on admission at the Obuasi Government Hospital while the police hunt for his accomplices.

The suspect on admission is said to be a member of a gang that attacked a 50-year-old gold dealer in his house at Adamso in the Akrofuom District in the Ashanti Region.

He was hit when the police fired at them while they were running into a nearby bush as the police patrol at Fenaso, near Obuasi, responded to a call about the robbery attack on the gold dealer.

The acting Director-General of the Public Affairs Directorate of the Ghana Police Service, Assistant Commissioner of Police (ACP) Kwesi Ofori, said when the police arrived at the scene, the suspected robbers had made away with GH¢15,000 and other unspecified amount.

He said the police shot at the suspected robbers while they were trying to take cover in the nearby bush.

About 30 minutes later, the police patrol team saw a Toyota Corolla with registration number GX 8399-13 and signalled the driver to stop, but he ignored the signal.

The police, ACP Ofori said, gave the vehicle a chase, and during the process, the driver abandoned the vehicle while the passengers also took to their heels.

The police later found an unconscious person with gunshot wounds in the said vehicle.

A search revealed that the occupants were the suspected robbers who attacked the gold dealer and it was suspected that one of the robbers might have received a gunshot from the police while they were hiding in the bush.

“He was quickly arrested and sent to the Obuasi Government Hospital for treatment under police guard,” he said.

Mr Ofori said the police were conducting an intensive search for the suspected robbers.

“We will not give them any breathing space. We will go all out to arrest them and bring them to book,” he said.

The vehicle has since been impounded.

Meanwhile, the police have also launched a manhunt for a robbery gang suspected to have attacked and killed a taxi driver at the Greda Estate in Accra.