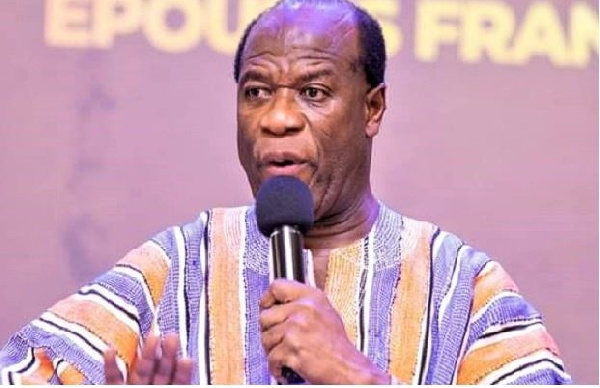 • He is of the view that if the bill is not passed, there will be chaos in Ghana

Apostle Dr Alfred Koduah, General Secretary of the Church of Pentecost, has called on those who are opposing the anti-LGBTQ+ bill to make relevant inputs to fine-tune the bill which is currently before Parliament.

Speaking on Citi News, the man of God noted that if the anti-LGBTQ+ bill is not passed, Ghana will be a confused state.

“Those who have different views should present their memos so that those memos are used to fine-tune the proposed bill so that if there are certain words that have to be toned down, that is done, or maybe the prescribed sentences and the jail terms have to be increased or decreased. These are things we have to look at but to say that we don’t need a law of this nature, I disagree, and we will have a huge problem if we allow LGBTQI+ activities to go on. The whole country will be in a confused state.

“I want to see the president appending his signature to this bill as soon as it is passed by Parliament because this is so dear to the heart of Ghanaians. If you look at Ghana from the political angle, you will see that the country is polarised which affects everything in this country but with this particular, there is unanimity,” Apostle Dr Alfred Koduah explained.

About the anti-LGBTQ+ Bill

Currently, the bill has been laid before the house and referred to the appropriate committee for consideration.

The Ningo Prampram MP has strongly defended the need for the bill which he insists is a necessity in preserving the moral and cultural values of Ghanaians in general.

Sam George insists that LGBTQ+ tendencies are not human rights but preferences that need to be regulated within the context of what Ghanaian society and culture accept.

The bill has the full blessing of Speaker Alban Bagbin who is on record to have said he is pro-life and will ensure that the bill is passed into law as soon as possible.