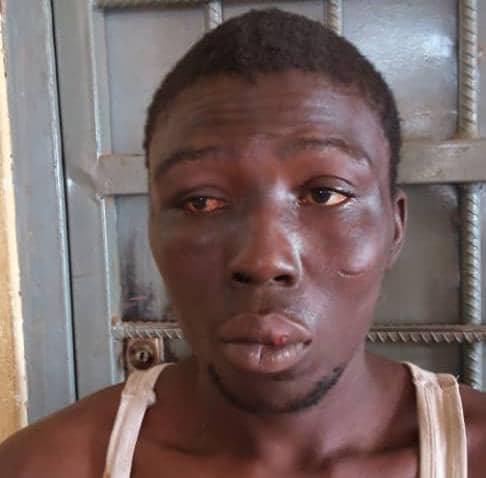 An operation by the Accra Regional Police Command has led to the arrest of a robbery suspect and a man who receives the stolen goods at Oyibi and Nima respectively.

The suspected armed robber has been identified by the police as Richard Narh Aged, 45, while Karimu Seidu, a Nigerian national aged, 25 is the receiver of the stolen items.

The Accra Regional Police Public Relations Officer, Deputy Superintendent Of Police, Juliana Obeng in a statement said suspect Narh was arrested after he had broken into a victim’s house to rob at Oyibi on Sunday October 10, 2021 and through intelligence, the receiver of his stolen items was also arrested at Nima in Accra.

Narrating how suspect was arrested, DSP Obeng said Narh on that fateful Sunday chiseled the fence wall of the victim at Oyibi and entered his compound .

She said suspect broke open the kitchen burglar-proof window and gained access to the main building where he attacked occupants of the house.

“Unknown to him, the victims saw him while entering the house and called a police patrol team for assistance.” 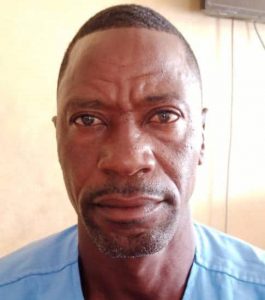 DSP Obeng said the police patrol team dispatched to the scene apprehended suspect in the act with two 2 Mobile Phones, an Apple tablet and some other valuables.

She said, upon interrogation suspect mentioned Karimu Seidu as the one who buys his stolen booty anytime he goes to attack a victim.

Karimu Seidu was later arrested at his hideout at Nima and sent to the Regional Command for further interrogations.

“Police intelligence has discovered that suspect uses the same modus operandi to commit his robbery attacks within the metropolis.

She said the two will sent to court soon for prosecution.