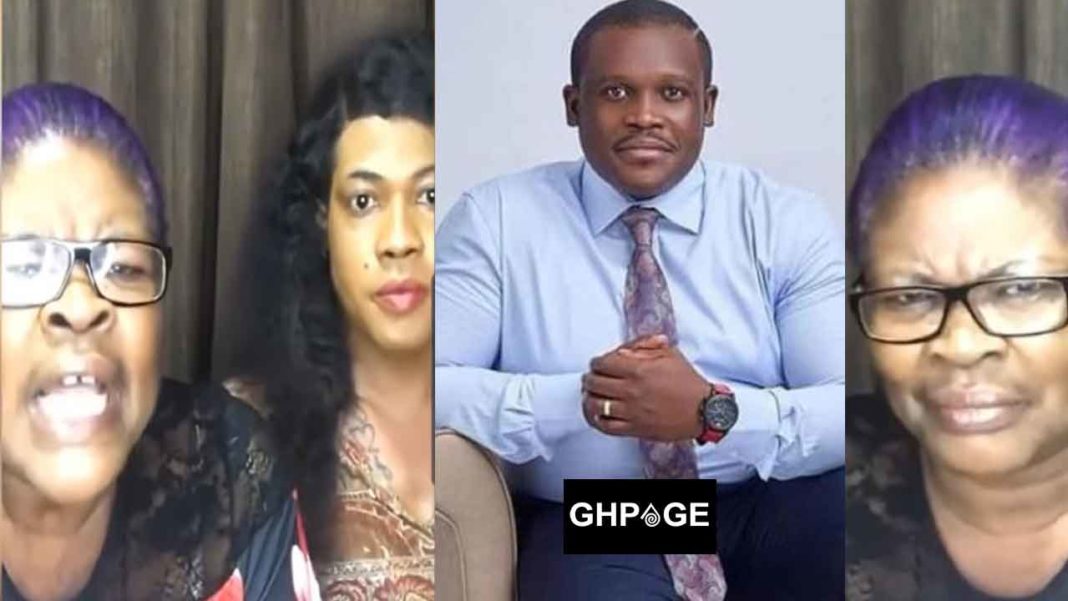 The mother of popular Ghanaian transgender and musician Angel Maxine has rained insults on the Member of Parliament for Ningo-Prampram Sam Nartey George over the Anti-LGBTQ bill.

In a video, Angel Maxine’s mother stated that no one should be condemned or judged over their sexuality.

According to her, she has accepted her son the way he is and is against the Anti-LGBTQ bill.

She then described Hon. Sam George as a mad man who knows nothing about pregnancy and its complications.

Angel Maxine’s mother also made a passionate appeal to President Akufo Addo to stand against the bill.

“I think that boy called Sam George is a mad man because he is a man, he doesn’t know how we go through our pregnancy and giving birth. You are condemning others due to their sexuality but this thing is in every house.

I just need my son to be accepted because he is a human being. I will be there naked to come and face you over this bill because I am a mother. The country is sinking not because of these people but because of our own character“, Angel Maxine’s mother opined.

This comes after Sam George with other Members of Parliament proposed a law criminalizing homosexuality and many forms of LGBTQ support and activism.