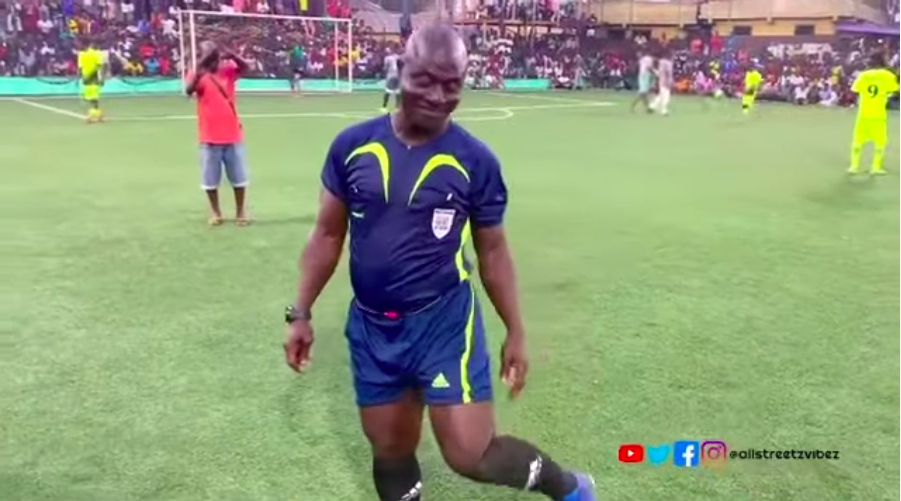 Referee Somo went viral after videos showed him dancing to entertain fans during an exhibition fixture.

His style of refereeing which includes dancing has made him loved by many even those who don’t know him in person.

Many have wondered if he’s a professional referee, but he has now revealed that he is not yet licensed to handle official matches.

“I officiate matches in communities within Accra. If I’m invited for such matches, I’ll gladly honour it,” he told Pulse Ghana.

“I’m not a professional referee but I officiate exhibition matches for some Division One and Division Two teams.”

More importantly, Referee Somo made it known that he’s not yet a professional referee, he’s ready to take up a refereeing course if any benevolent person decides to sponsor him.