“Black Sherif’s Talent Is Crazy, I Would Like To Put Him On”-Sarkodie Says [Video] 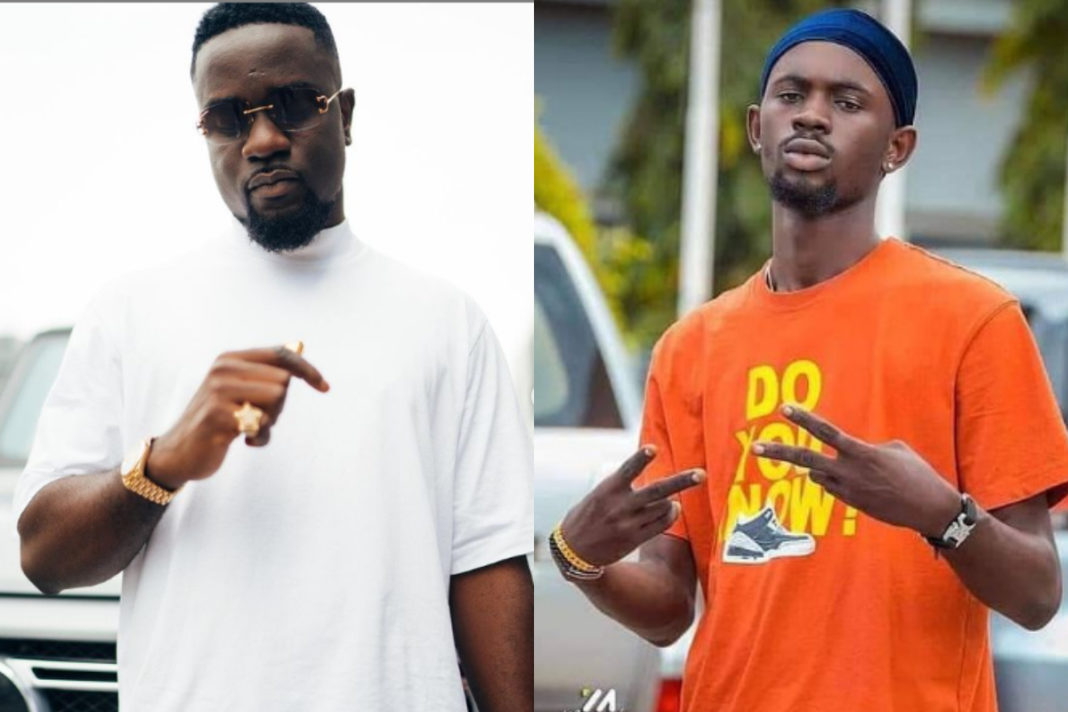 The “Second Sermon” hitmaker, Black Sherif has earned the respect of the award-winning Ghanaian rapper, Michael Owusu Addo, well known as Sarkodie as he he reveals his intentions to work with him.

Although Sarkodie made it very clear in a recent interview that he has no plans of signing any new artist on his SarkCess record label but rather would feature them on his projects for them to gain the exposure and fame they need to elevate their music career, but he has also recently disclosed that should he rethink his decision, Black Sherif would be the one he would sign.

Speaking in an interview with one of the top radio personalities in the UK, Sarkodie when asked which Ghanaian artist he would like to put on said that the President of the “Sad Boys” Association, Black Sherif will definitely be the one.

According to the rapper, Black Sherif’s talent is so crazy and from the scratch, he knew his talent would break global boundaries on the account that Black Sherif is hungry for success.

Sarkodie also stated that Black Sherif’s style of music cuts across and as such, no one needs to understand the words before enjoying the tune because everyone can relate with the song and that is what makes him unique among other fast-rising stars in Ghana.