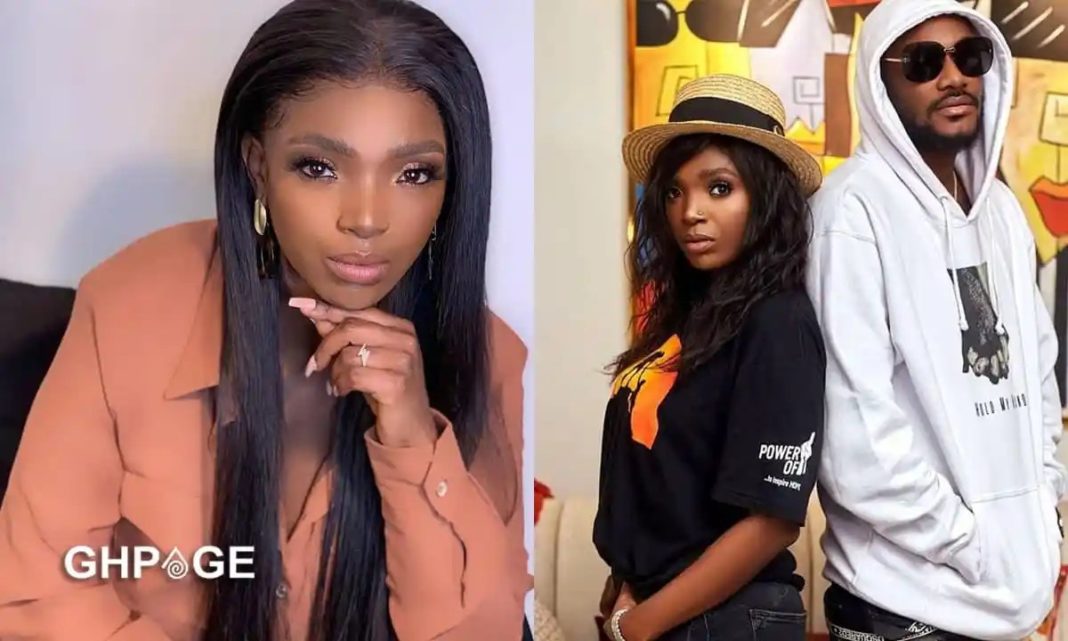 A Social Media User @_trapselena has reported that Annie Idibia has allegedly hit Tuface’s head with a fire extinguisher at a hotel following a scuffle that ensued between them.

The once beautiful relationship between Annie and Tuface has hit on rocks. The couple are battling marital issues lately. Social media has been their channel through which they attack each other.

As sighted in a screenshot on Instagram of the User’s claims, the couple fought yesterday and this came up after Annie questioned the singer for paying too much attention to his baby mama, Pero Adeniyi.

The User who we are told is a blogger gave this piece of information out with the help of an insider source. According to the source, the two were said to be violent to the extent that soldiers came through to try and separate them.

Read the full posts below;