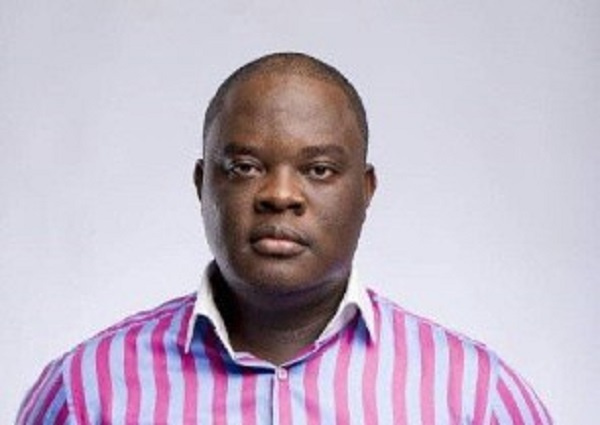 A Constituency Chairman of the ruling New Patriotic Party (NPP) in Tema West, Mr. Dennis Amfo-Sefah, has become disquiet over his party’s “artificial silence” on the Proper Sexual Rights and Ghanaian Family Values Bill before Parliament, warning he and others will be compelled to campaign against the party if it fails to support the Bill.

In a write-up on the issue, Mr. Amfo-Sefah, who is popularly known as Nana Boakye, demands that his party begins to show active support for the Bill, starting with its side in Parliament or incur a falling out with him and others.

“I would lead the campaign to bring my own party into opposition if we fail to support this Bill and as a result, the Bill fails to pass,” Nana Boakye wrote, adding, “that would be a betrayal of the Ghanaian people and I will be the last to be on the side of anything or anyone against the Ghanaian people.”

Nana Boakye’s threat is coming in the wake of hints by the Majority NPP side in Parliament that the party will likely vote against the Bill.

Majority Chief Whip, Frank Annoh-Dompreh, gave the indication over the weekend when he responded to concern over the NPP’s passivity over the Bill being sponsored by NDC MP, Sam George in Parliament.

According to him, the ruling party is not supportive of the Bill because they think it is defective and threatens the country’s democratic credentials.

“As the majority caucus in Parliament, we agree in principle that legislation that protects Ghanaian values in all areas of life must be supported. However, the bill, as it is now, is defective.

“We need to fine-tune it to ensure that it maximises the protection of rights and freedoms in consonance with democratic principles as we have practised uninterrupted for over three decades,” the Nsawam Adoagyir MP tweeted Saturday.

For many, this is the Majority’s indication that it will likely vote against the Bill. Especially because Mr. Annoh-Dompreh had been reacting to the concern raised by the NPP’s Deputy General Secretary, Nana Obiri Boahene, that the party’s MPs in Parliament are not showing support for the Bill.

According to the Tema West NPP Chairman, Nana Boakye, the NPP’s silence on the Bill is an artificial one because the overwhelming majority of the party’s people are against gay life which he argues, threatens Ghanaian culture and way of life.

“Our MPs’ silence over the anti-gay bill is artificial because it does not reflect the position of the NPP as a party. The overwhelming majority of us are in total support of the Bill,” Nana Boakye wrote.

He, therefore, warned that “the artificial silence of our MPs is tantamount to not representing the view and interest of the party and Ghanaians as a whole.”

The NPP Chairman called on President Akufo-Addo to call the NPP MPs to order. “we risk alienating ourselves from Ghanaians; we risk making the NDC look like saints with us as the devils, if we do not rise up and defend the moral and cultural integrity of our beloved country, Ghana…. if we maintain our problematic silence and inaction,” he added.

Out of the eight MPs supporting the private Member Bill sponsored by NDC MP for Ningo Prampram, Sam George, only one, Rev. John Ntim Fordjour, is from the Majority side, which has been rather silent over the Bill.

The bill is currently before Parliament’s Constitutional, Legal and Parliamentary Affairs Committee, receiving memoranda from the general public. But it has attracted resistance from a group of academics and lawyers including Akoto Ampaw, Professor H. Kwasi Prempeh, Professor Audrey Gadzekpo and Prof. Raymond Atuguba, who has claimed that the Bill if passed will devalue human rights in the country.