Use radio to propagate socioeconomic development 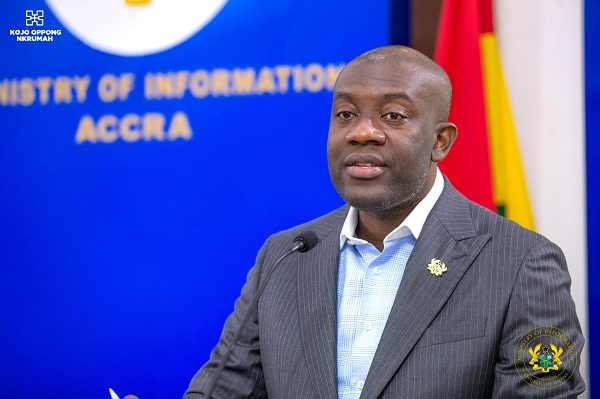 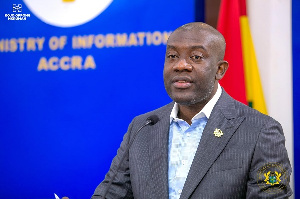 The Minister of Information, Kojo Oppong-Nkrumah, has called on owners of media establishments to use their outlets, particularly radio, to educate and sensitise the public on the need to support the government in its development efforts.

He noted that such programmes would accelerate the socio-economic development of communities to improve livelihoods.

According to him, radio was a powerful tool in helping to promote socio-economic growth and development opportunities in every community which must not be misplaced to the detriment of its catchment area.

Mr Nkrumah, who is the Member of Parliament (MP) for Ofoase-Ayirebi Constituency in the Eastern Region, on Saturday joined his colleague, Della Sowah, the MP for Kpando Constituency in the Volta Region to unveil a new radio station, Akpini Radio for the people of Kpando, and its surrounding communities.

The station is expected to serve Kpando, Sovie, Gbefi and Kudzra among other communities to educate and sensitise the communities on the development agenda of the leadership, traditional authorities and other stakeholders of the constituency.

He encouraged the owner of the station and his workforce to endeavour to be professional and development-oriented in their programmes so as to accelerate the progress and growth of the area.

Mr Nkrumah admonished them not to allow the investment to go waste but initiate programmes that would attract investment.

“The media is a powerful tool for accelerated socio-economic development if we use it positively, I will entreat the owner of the station to use radio as a tool to transform society,” he stressed.

On her part, Madam Sowah assured her constituents the new radio station would serve the interest of all so as to improve livelihoods and transform the area.

“It has been the desire of the people of Kpando to also have a radio station to propagate the investment potential of the area. This is an important day in our lives for opening Akpini Radio to present the municipality with correct information on trending issues, impart knowledge, skills, avoid peddling falsehood and fake news but be the voice of the people,” she averred.

Madam Sowah expressed appreciation to Mr Nkrumah and Abla Dzifa Gomashie, MP for Ketu South in the Volta Region, for taking time off their busy schedules to grace the occasion.