Take your visas and loans – Dormaahene barks at pro-LGBTQ+ countries 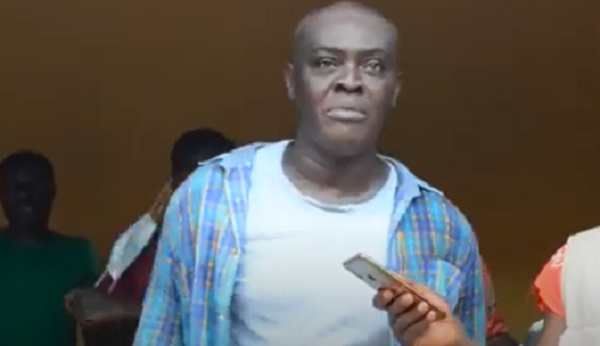 The Dormaahene, Osagyefo Oseadeeyo Agyemang Badu II has advised the leadership of the country to call the bluff of organizations and nations will tie their assistance to the country to the rejection of the anti-LGBTQ+ bill.

The Dormaahene who has declared his backing for the bill urged Parliament not to be intimidated by threats by some countries to cut financial assistance to Ghana.

He boasted that Ghana is blessed with enough resources to generate funds for its developmental projects. He also challenged the various embassies to deny him a visa and that he would not care if such a thing happens.

“Their loans have done nothing for us so they can decide not to give us. They should take their loans. How can beautiful women marry themselves? How can a union of two men produce children? They claim it’s democracy but if this is what democracy is all about then we should reject it. This is what brought curses onto Sodom and Gomorrah. I have seen that some embassies are pushing it, if they wish they can reject my visas, I don’t care.

“ We don’t need their loans and their country. I’m telling the embassies to stay away from issues. This is a Ghanaian issue and it has nothing to do with them. Stay in your country and deal with it. We are not scared of them. Never will we allow gays and lesbians in the country, never,” he said.

The Dormaahene also warned Parliament of dire consequences if the bill which criminalizes same-relation in Ghana is rejected.

He said that the practice is alien to the culture of Ghanaian society and that the bill has the support of all traditional leaders in the country.

“I’m telling Parliament that if they reject the bill, there will be chaos. I’m cautioning Alban Bagbin, Kyei-Mensah-Bonsu and Haruna Iddrisu not to think that this issue has got to do with only Sam George and a few others. All the chiefs in the country are behind it. Religious leaders are behind the bill.

“A recent survey showed that almost every Ghanaian is against the bill. This is our position and we will not change. We will not allow homosexuality in the country. How would they give birth? If I were Nana Akufo-Addo, I would allow them to marry and give them a year to give birth. If they fail to produce within that period, we will eliminate them,” he said.

According to them, the bill, if passed into law will lead to an abuse of fundamental human rights of gays and lesbians in the country and also give a bad indication about Ghana.

They want the bill withdrawn from Parliament.