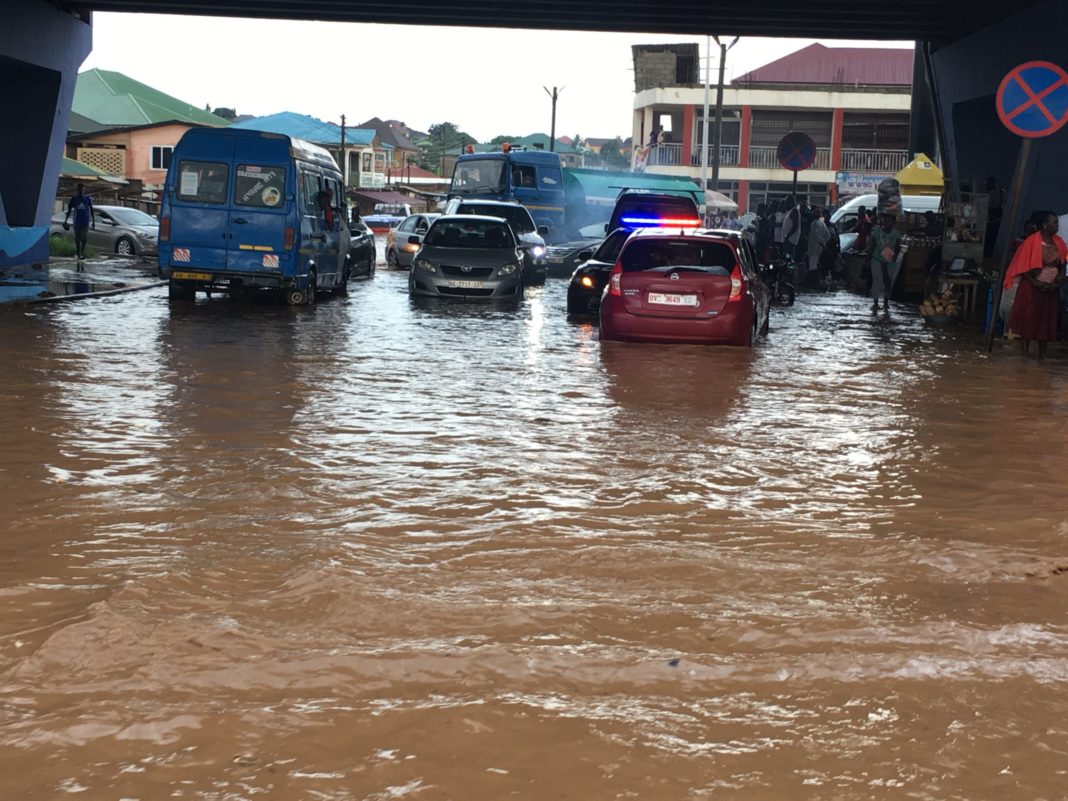 Residents living in and around Ofankor in the Ga West Municipality are calling on the government to dredge gutters and also provide an effective refuse collection system in order to avert the frequent floods that extend to their roads.

The residents who spoke to Citi News entreated the Ga West Municipal Assembly and the government to eject retailers on the pedestrian walkways to pave way for easy flow of traffic.

According to them, people, who sell along the major roads, litter the drains at night.

“This is the third time I am seeing this [flooding] happen here… I believe we have an MP here. There have been concerns raised several times, but I see nothing happening over here. We see NADMO coming here; yet, nothing is happening,” one resident complained.

Another resident said there had been a clear change in the area’s resilience to flooding.

“In 2004, we were working here, and the situation wasn’t like this. My question is what has happened this time. Now that we have a very nice place and very nice atmosphere, anytime it rains for 10 minutes, there will be a problem here.”

Some metropolitan areas have experienced serious flooding after the onset of the minor rainy season.

After a relatively flood-free major rainy season, suburbs of Accra, Cape Coast, and Techiman have seen incidents of flooding after downpours of varying intensity.

Parts of Accra last week saw flooding in areas like areas such as Odorkor, Kaneshie First Light, Abbosey Okai and Adabraka Sahara after relatively short downpours whilst parts of Techiman like Abrafi Estate and Anyinabrem struggled with flooding after two days of rainfall.