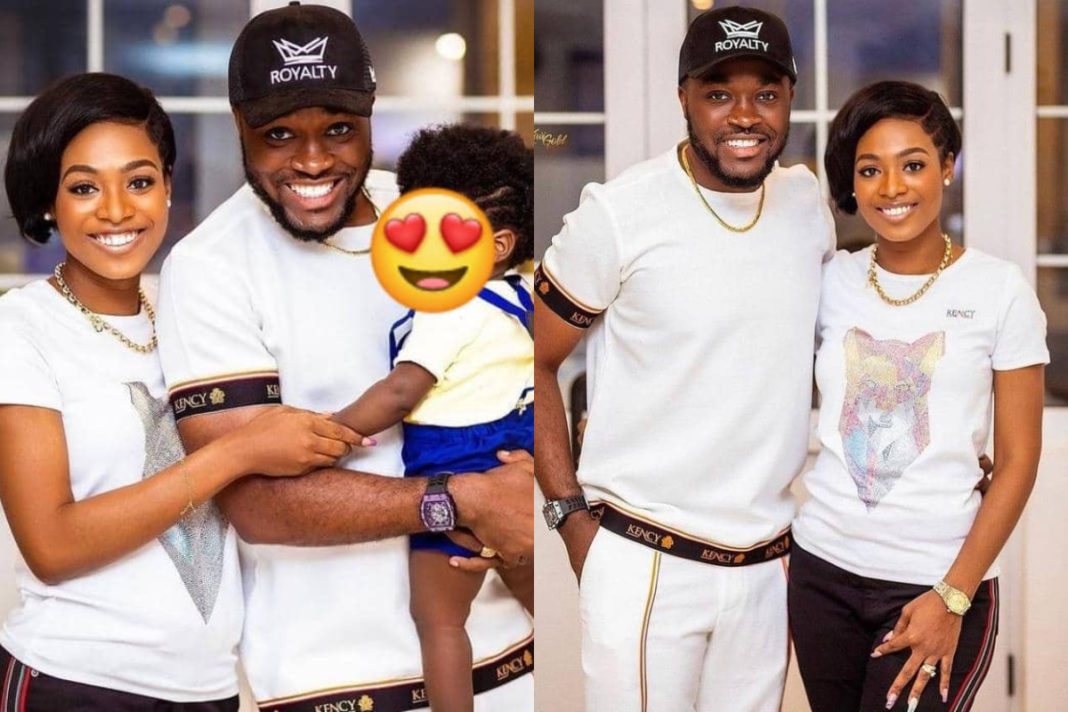 Photo of the general manager of Despite Media group Kennedy Osei and his wife Tracy Osei along with one of their twin daughters have surfaced the net and we are loving it.

Recall Kennedy Osei and his wife Tracy Osei welcomed their twins and outdoor them earlier this year but most of us weren’t privileged to see the face of the girls but today we can.

A blogger shared photos of Kennedy Osei and his wife Tracy along with a beautiful small girl saying she’s one of the twin daughters of the celebrity couple that took over social media with their marriage and we love what we seeing.

The small girl looks all grown up and beautiful as well and judging from the way Kennedy and Tracy were holding her so tightly, it’s no doubt she’s one of their daughters who resembles her mother a little bit.

These two hardly share their families on social media but today have given us the opportunity to see the beautiful face of one of their twin girls who were just calm in the arms of her father enjoying her moments with him.