“My dresses, hair and watches are sponsored by someone, don’t copy my lifestyle” – Nana Aba Anamoah advises » ™ 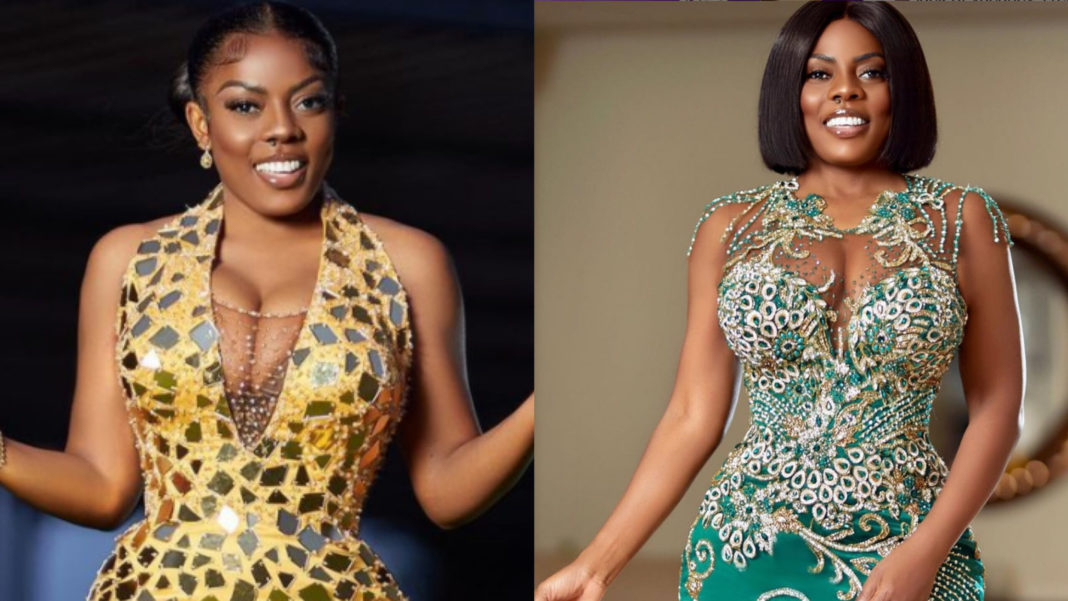 Ghanaian broadcaster, Nana Aba Anamoah has charged her admirers and especially the young to refrain from copying and emulating the lifestyle of celebrities like herself.

According to her, behind the pomp and pageantry, the celebrities showcase on social media lies the secrets behind what they allow the public to see. Most of these lifestyles are either fake, unrealistic or sponsored.

Speaking in an exclusive interview, Nana Aba Anamaoh said people who try to copy her should understand that she does not buy most of the things she has and wears with her money.

According to her, she has people or companies that sponsor everything she wears from head to toe thus it will be sad for anyone out there to try to emulate her lifestyle.

“If you want to be like me, be a better person. Do not repeat my mistakes. Mostly, I do not buy the things I wear and post on social media. I do not remember the last time I remember buying my clothes, hair, watches etc with my own money. Do not be fooled by what you see on social media,” she said.

Nana Aba Anamoah added that the youth need to work hard and prepare adequately for their opportunities instead of breaking their backs in order to live and feel like their favourites celebrities.

Nana Aba Anamoah of GHOne Tv fame has added her voice to the growing pressure from her fans and family members to get married considering her age – 47.

According to Nana Aba Abamoah, every woman wishes to walk down the aisle at some point in her life, but marriage isn’t inexpensive, and not all dreams come true.

Nana Aba was pushed to the limit in a recent interview on Accra FM when asked why she has chosen not to marry despite the fact that everyone at her age is married with children.

She responded by telling the host that while being married is a privilege, it is not a requirement for everyone because people have different interests and outlooks.

“I don’t think there is anyone in this world who would not want to get married in their life, and there is also no one who can say that getting married solves all your problems in life. If it happens, it happens.

“There are people who are married and are very happy in their life, and there are others who are also married and want out of the relationship immediately.”

‘We Will Win In Morocco’