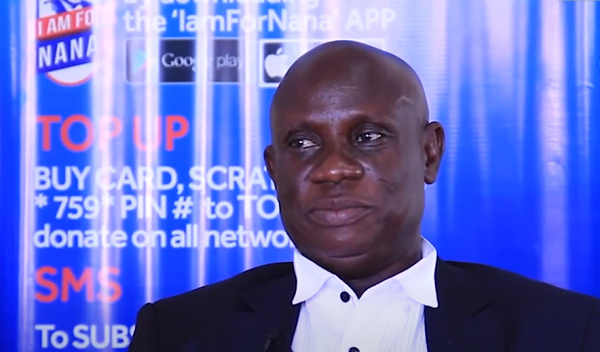 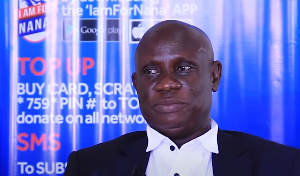 Deputy General Secretary of the ruling New Patriotic Party, Nana Obori Boahen, has stated that contrary to some reports, he has not faulted the members of his party in parliament over their proportionally smaller number in the team pushing for legislation against LGBTQ+ activities.

Out of eight MPs leading a private member’s bill before parliament, seeking the criminalization of LGBTQ+, only one person is from the Majority bloc made up NPP MPs.

According to reports, Nana Obiri Boahen in a recent interview with JoyNews expressed disappointment in the NPP MPs for not openly supporting the passage of the Bill.

But speaking in an interview with Okay FM monitored by GhanaWeb, Nana Obori Boahen refuted the claims that he had indicted the MPs in his party.

“It was never as if I was indicting the NPP MPs, God forbid. I don’t know what some of the journalists are seeking. I was asked of my opinion and I stated my support for the Bill and added that I was surprised the MPs who presented the Bill are largely NDC MPs.

“The only NPP MP among them is Reverend Ntim Fordjour and I said I was surprised the NPP MPs were not much. That was all, I never indicted NPP MPs and I will never indict the NPP MPs,” he added.

He explained that ensuring LGBTQ+ activities are stopped is a fight which must not be pursued on either political or religious lines but rather requires a holistic nationalist approach as the practice of gay and lesbianism among others goes contrary to Ghanaian national values.

The private legal practitioner said the Bill, owing to the Ghanaian setup and practice, is bound to succeed. It however will not be wrong for some parties to express concerns about some portions without altering the fundamental aim of the Bill which is to stop LGBTQ+ activities in the country.

When the parliament of Ghana reconvenes on October 26, 2021, one of the first things it will consider as part of its businesses is a Bill that will unequivocally criminalize LGBTQ+ activities if passed.

The 38-page bill before parliament, among other things, stipulates that people of the same sex who engage in sexual intercourse are “liable on summary conviction, to a fine of not less than seven hundred and fifty penalty units and not more than five thousand penalty units, or to a term of imprisonment of not less than three years and not more than five years or both.”

The Bill targets persons who “hold out as a lesbian, a gay, a transgender, a transsexual, a queer, a pansexual, an ally, a non-binary or any other sexual or gender identity that is contrary to the binary categories of male and female.”

As part of its provisions, the Bill outlines that a flouter can be sentenced to a jail term of not less than six years or not more than ten years imprisonment.

At the back of the public support the Bill has received, a group of academicians and other professionals have expressed their opposition to the Bill.

According to the group of 18, the Bill, Promotion of Proper Human Sexual Rights and Ghanaian Family Values Bill, when passed into law, would erode a raft of fundamental human rights, as enshrined in the 1992 Constitution.

Members of the group opposing the anti-gay Bill include Mr Akoto Ampaw; author, scholar and former Director of the UN Economic Commission for Africa, Prof. Emerita Takyiwaa Manuh; a communications and media expert, Prof. Kwame Karikari; the Dean of the University of Ghana (Legon) School of Law, Prof. Raymond Atuguba, and the Dean of the University of Ghana School of Information and Communication Studies, Prof. Audrey Gadzekpo.