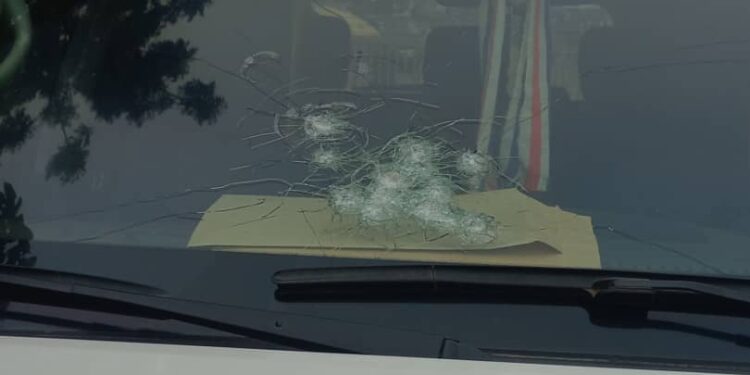 The immediate past District Chief Executive (DCE) for Kwahu Afram Plains South, George Ofori escaped a suspected highway robbery attack on Sunday while en route to a funeral at Ekye Amanfrom in the Eastern region.

He was traveling in his official Nissan Patrol vehicle with his driver when they bumped into the daylight highway robbery at the Boakyekrom stretch of the road towards Ekye Amanfrom, but the driver refused to stop and rather accelerated.

The robbers allegedly opened fire on the vehicle but missed the target.

The bullet only scratched the bonnet of the vehicle.

Thomas Hamid Seidu, the Afram Plains South Constituency Communications officer of the ruling New Patriotic Party disclosed that the DCE and driver escaped unhurt and that they are both doing well.

The attack comes less than 24 hours after a deadly robbery attack at Ekye Amanfrom.