Fire at Lebanon’s Zahrani oil facility extinguished, cause under investigation 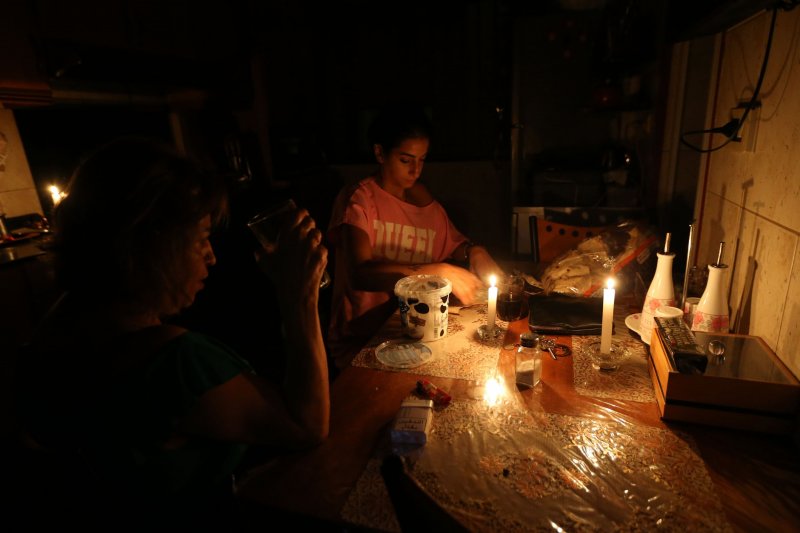 Oct. 11 (UPI) — Lebanese authorities are investigating the cause of a “huge fire” that erupted at an oil facility in Beirut.

The blaze at the Zahrani oil facility was put out Monday morning with 25 fire service vehicles responding, Lebanon’s National News Agency reported. Energy Minister Walid Fayad said the fire was caused by a mishap as gasoline was being transferred but that the exact reasons for the abrupt blaze were still unknown.

“We must wait for the investigations to reveal the causes of the fire,” he told the state-run news agency.

The tank that caught fire contained fuel belonging to the Lebanese army, reports Al Jazeera. No injuries or casualties were reported from the fire. Crews took more than three hours to extinguish the fire and used water to cool surrounding tanks to prevent its spread.

Fayad told reporters that he did not know if the fire was set intentionally and the facility had been properly secured, according to Al Jazeera. He estimated that 66,000 gallons of fuel burned in the fire.

The incident is more bad news for the country as it continues to grapple with its ongoing energy and economic problems. On Saturday, most of Lebanon was left without power after the Deir Ammar and Zahrani plants ran out of diesel fuel.

More Lebanese are seeking to leave the country after too many blackouts and long waits at the pump caused by shortages.