Augustine Arhinful confident that Black Stars will make it to Qatar 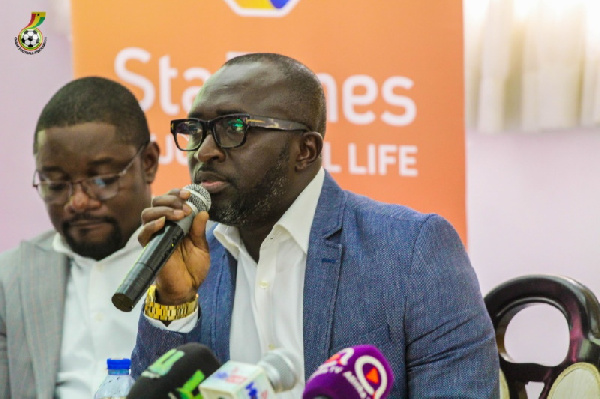 Former Ghana international, Augustine Arhinful, has said he is confident that the Black Stars will make it to the 2022 FIFA World Cup in Qatar.

Black Stars after three games in the second qualifying round have six points and find themselves a point adrift of South Africa.

The team bounced back to winning ways on Saturday with an impressive 3-1 win over Zimbabwe in Cape Coast to remain in keep alive their hopes of qualifying for Qatar.

“It was a very good performance, and in the first half they were far too behind but many of us were wondering why he didn’t pair Thomas Partey and Baba Iddrissu in the middle, and it allowed the Zimbabweans to dominate in the middle. Baba Iddrissu keeps it very simple and pairing him with Partey is the icing on the cake,” Arhinful assessed the team’s performance.

Black Star’s next game is on Tuesday against the same opponents, this time Zimbabwe’s capital Harare.

“I think there’s still work to do and I’m still confident we will make it,” he added.

Black Stars will progress to next March’s play-offs to decide Africa’s five representatives if they finish first of Group G.