“You Are Almost 47 Years, Stop Fooling And Gossiping About Your Friends”-Afia Schwarzenegger Launches Fresh Attacks On Nana Aba Anamoah [Video] 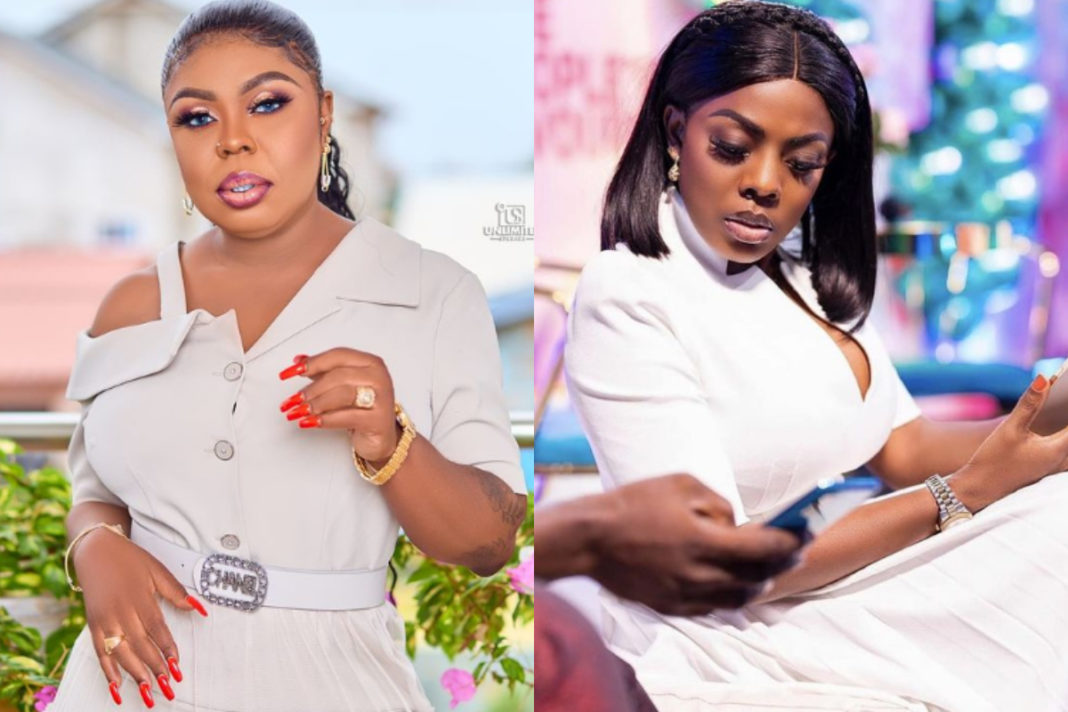 READ ALSO: “My Boyfriend Is Not A Ghanaian”-Mzvee Reveals

According to Afia Schwarzenegger, Nana Aba Anamoah has caused the downfall of many of her friends after gossiping about them to other people. She claims that Nana Aba Anamoah was behind the explosive allegations leveled against Serwaa Amihere on Snapchat.

She also explained that Serwaa Amihere’s bedroom scandal with the General Secretary of the New Patriotic Party(NPP) John Boadu was made public by Nana Aba Anamoah despite being her friend and mentor in the media landscape.

Afia Schwarzenegger who seem to have been agitated by Nana Aba Anamoah’s betrayal towards her sole-called friends also alleged that the latter collects money from some of her friend to sponsor her son’s education abroad yet has the guts to badmouth them to others.

In a video sighted on social media, Afia Schwarzenegger who was once fingered in a scandal with John Boadu also stated that Serwaa Amihere’s trip to Turkey for her liposuction was also made public by Nana Anamoah.