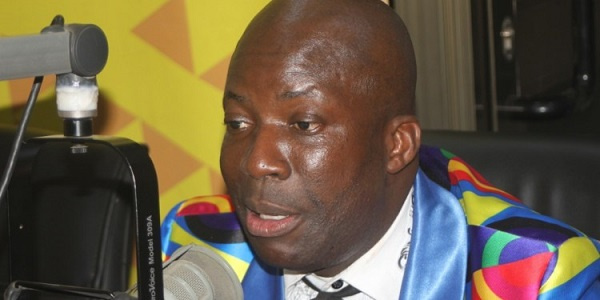 We all have to make our own decisions about what is morally right and wrong in this world.

Most of us would agree that the aftermath of abusing alcohol, like drunk driving, is wrong. But what about the act of drinking? Is it immoral for people to drink?

Speaking in an interview with Kwabena Boafo on HappyFM’s Nsem Pii, controversial pastor, Prophet Kumchacha concluded that the Bible detests the consumption of alcohol, athough the Bible asserts in 1Timothy 5 vs 23 to use alcohol .

Making a comparison with tramol, he said, “A doctor might recommend tramol to a patient due to his or her illness but that does not mean any other person can consume it. This is because taking the drug without a prescription might cause death.”

Alcohol is seen as one of the most popular psychoactive substances in the world. It can have powerful effects on your mood and mental state. Some people drink small amounts at a time, while others tend to binge drink.

Quoting several Bible verses to back his claim, Prophet Kumchacha went on to say “every crime is a crime. Someone will pull a trigger to kill or perhaps rape and that’s no different from when it comes to alcohol consumption.”

Even though some pastors will say the Bible does not forbid the drinking of alcohol, it does warn us against the risk. He advised Christians to focus on the positive aspects of the bible and not confuse themselves with other conflicting doctrines.

Alcohol consumption has been identified as an important risk factor for illness, disability, and mortality (Rehm et al. 2009b).

In fact, in the last comparative risk assessment conducted by the World Health Organization (WHO), the detrimental impact of alcohol consumption on the global burden of disease and injury was surpassed only by unsafe sex and childhood underweight status, but exceeded that of many classic risk factors, such as unsafe water and sanitation, hyper-tension, high cholesterol, or tobacco use (WHO 2009).