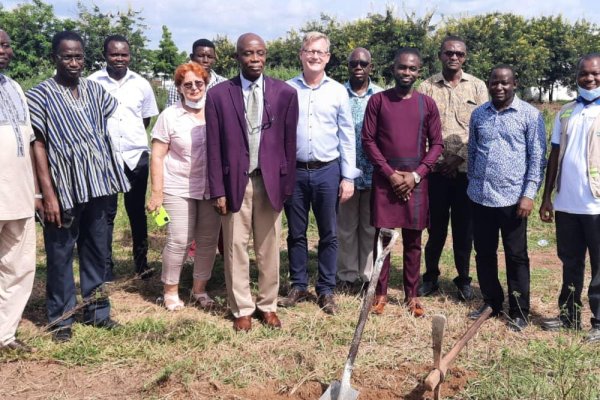 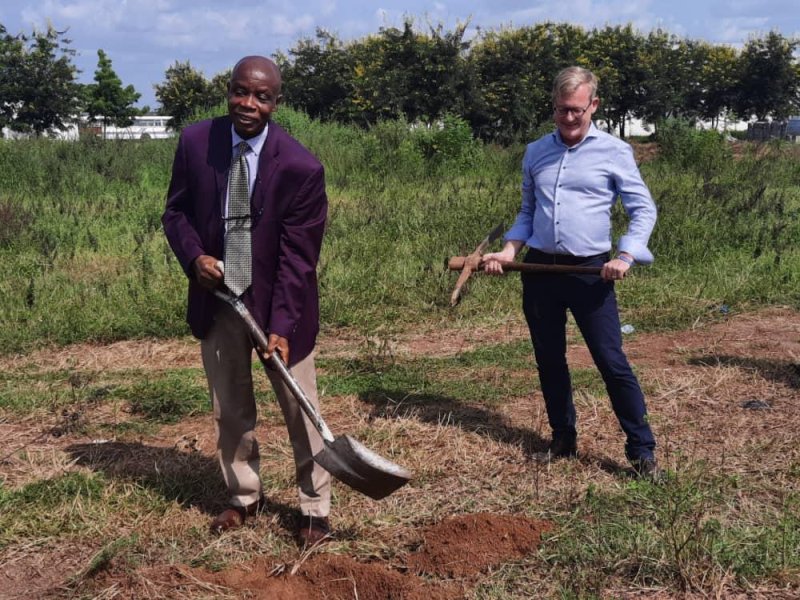 The partners have signed a contract to fund training activities at UDS to include the construction of a turnkey demonstration system at the Nyankpala Campus of the UDS.
Other target group to be trained includes credit officers at financial institutions to enable them understand the technology to better assess loan applications and grant them to farmers at affordable interest rates.
This is expected to improve access to solar powered irrigation system for an all-year-round agricultural production.
The UDS is responsible for training the target stakeholders in the entire northern part of the country.
This initiative formed part of the Green People’s Energy project being implemented by the GIZ to build beneficiaries capacities in solar pumping and irrigation system as part of the agreement. 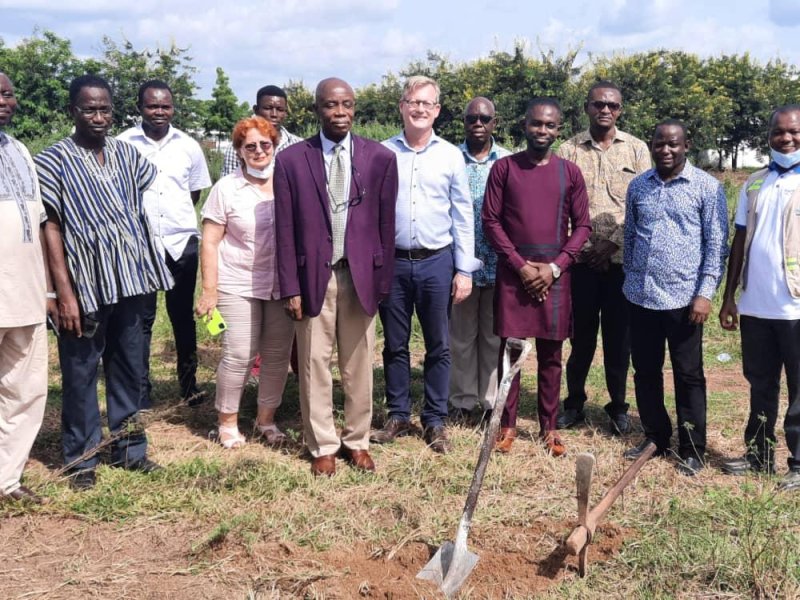 Professor Gabriel Ayum Teye, Vice-Chancellor of UDS, together with Mr Rafael Wiese, Project Manager, Green People’s Energy, GIZ, broke the ground at the Nyankpala Campus of the UDS to begin the construction of the solar powered irrigation system to serve as a demonstration facility for the trainings.
Construction of the facility, which comprises rainwater harvesting concrete tank with submersible water pump, solar PV system and accessories, and irrigation kits composed of drip, spray tubes and sprinkler units, is expected to be completed by the second week of November, this year.
Mr Wiese, in a brief remark after the breaking of the ground to kick-start the construction of the solar powered irrigation system at Nyankpala in the Northern Region, said “I am very glad that finally we have started” and lauded the partnership, which he said held lot of prospects for farmers in the area.
Solar powered irrigation facilities often break down in communities and farms, leaving people with no option to access water for their various activities, hence the intervention to bridge the technical capacity gap of the target group to enable them offer effective after sales services (maintenance and repairs) to people, who already have the technology.
Professor Teye said the UDS was working on water, irrigation and sustainable agriculture under the West African Centre for Water, Irrigation and Sustainable Agriculture (WACWISA) project, adding that the partnership with GIZ on solar powered irrigation system “Fits perfectly into the WACWISA-UDS project, because you can teach people how to do irrigation, but if they cannot get the water, and there is no easy way of doing it, then how sustainable will it be?
He said the initiative had come at the right time, expressing gratitude to the German Government through the GIZ for the partnership, adding that a lot of graduate students would also benefit from the training on the technology.
GNA
- Advertisement -