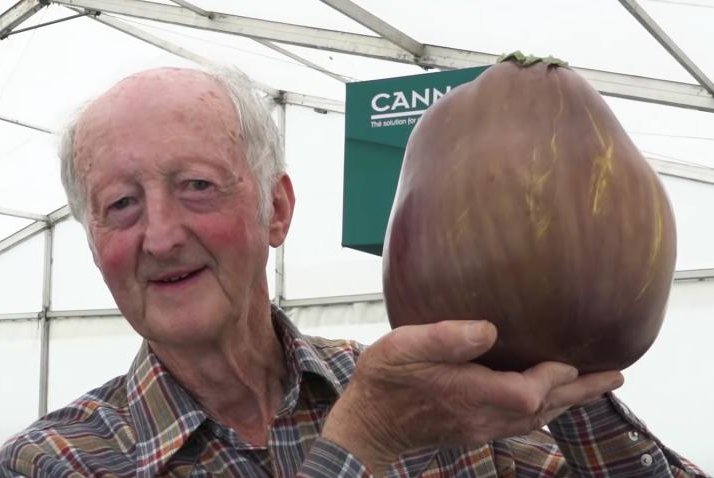 A Guinness adjudicator was on hand at the CANNA U.K. National Giant Vegetables Championship in Malvern, Worcestershire, England, to determine if any of the entries in were world records.

Nottinghamshire, England, farmer Peter Glazebrook broke the record for the world’s heaviest eggplant, when he presented a 6-pound, 14-ounce vegetable at the event.

The new record-holder for the heaviest marrow was grown by Vincent Sjodin, from Wales’ Barry Island, and weighed in at 256 pounds, 9.8 ounces — beating the previous record by 50 pounds.

The world’s heaviest broad bean pod, also known as a fava bean pod, was grown by Joe Atherton of Mansfield, England. The large legume weighed in at 3.74 ounces.

Atherton also captured the record for the world’s longest leek, when his vegetable was officially measured at 4 feet, 5.5 inches.