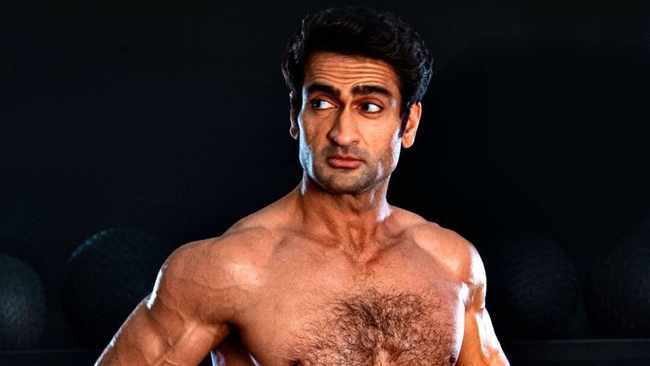 Kumail Nanjiani has grown “less and less comfortable” talking about his body since his shirtless photo went viral in 2019.

The 43-year-old actor went viral in 2019 when he shared a shirtless photo, showing off his toned physique as part of his preparation to appear in ‘The Eternals but he’s admitted he didn’t enjoy the scrutiny that’s come along as a result.

He told the new issue of America’s GQ magazine: “I’ve found out over the last year and a half, since I did that picture, that I am very uncomfortable talking about my body, and it’s become less and less and less comfortable.”

The “Sillicon Valley” actor admitted one of the reasons he decided to bulk up was to open up different “opportunities” within the acting industry.

He explained: “I wanted different types of opportunities. I wanted the industry to see me differently.

“With brown people, there are very specific roles that we used to get. Either we’re terrified or we’re causing terror. Those are the only two options we had. Either I’m fixing your computer, or I’m, like, planning something at the stock exchange.”

And despite his discomfort over the attention his photo received, he admitted it helped his campaign.

He said: “I shared that specifically to be like, Hey, I needed to change how people saw me so I could have the type of opportunities I was excited about. And those did happen!

And Kumail felt he needed to transform his body to play Kingo in “The Eternals”.

He said: “If I’m playing the first South Asian superhero, I want to look like someone who can take on Thor or Captain America, or any of those people.

“I decided I wanted the character to be the opposite of a lot of the stereotypical depictions we’ve seen of brown dudes in American pop culture. I don’t get to play characters who are cool. And this guy is a little bit cool.”