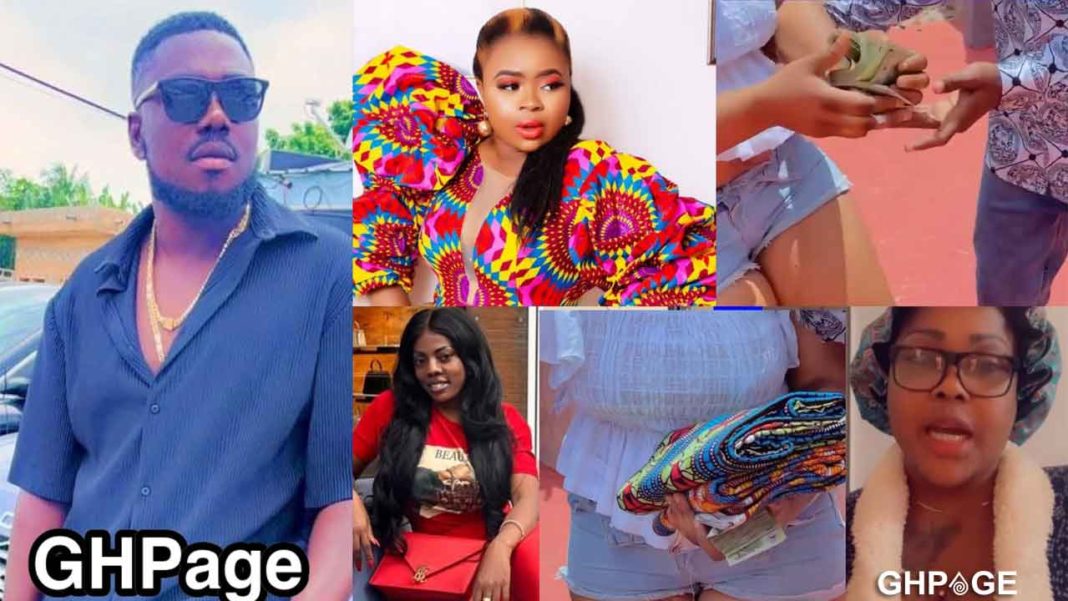 A close friend to Felix Akwasi Kumi aka Nana Doe known as Nana Afram has exosed Adu Safowaa in an interview with Mona Gucci on the ‘Biribi gye gye wo’ Show.

According to the man who has concealed information about the actress, Adu Safowaa gave her an amount of Gh¢1000 and car which he presented to her as a surprise birthday gift.

The items, Nana Afram said, he presented to the loudmouth and controversial actress was given to him by her to pull a public stunt to make people believe that someone had rather surprised her with those gifts.

Again, the man told the host, MonaGucci that all the cars Adu Safowaa rides to shows and interviews are not hers but his. He explains he is a car dealer and since he deems Safowaa as his sister gives it out whenever its requested.

Watch the video of the interview between Mona Gucci and Nana Afram below;

Meanwhile, Adu Safowaa has rendered an apology to Nana Aba Anamoah for calling out her name in a Range Rover saga.

She took to her Instagram page to pour out some words to the Media Personality, asking Nana Aba to find a place in her heart to forgive her.