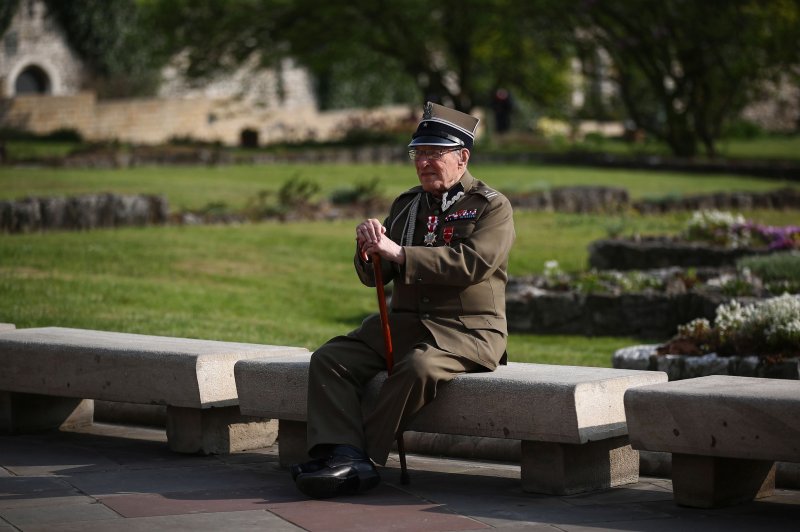 Oct. 7 (UPI) — The criminal trial began Thursday of a 100-year-old man who was a Nazi SS guard at a concentration camp during World War II — who faces charges of being an accessory to thousands of deaths there over a period of three years.

The man, identified as Josef S., faces about 3,500 counts. German prosecutors say he aided mass murder at the Sachsenhausen camp between 1942 and 1945.

The man didn’t speak during the hearing and his attorney said he wouldn’t reveal personal details.

Prosecutors say the former guard knowingly supported thousands of deaths at the camp that occurred due to gunfire, disease, hunger, forced labor, medical experiments and maltreatment.

Twenty-two days in January have been set aside for the man’s trial.

Germany has been tracking former Nazi personnel since the 2011 conviction of John Demjanjuk. Since then, courts have convicted others like Oskar Groening and Reinhold Hanning for various crimes.

“We are now hoping when relatives give evidence about the murder of their fathers in Sachsenhausen, that this emotion will perhaps reach the background of the accused and that he will be prepared to find words to build a human bridge between his story and the suffering of others,” Heubner said, according to DPA.

The man’s trial began about a week after a similar proceeding against a 96-year-old woman, Irmgard Furchner, who was a secretary at the Stutthof concentration camp in Poland. Her trial was delayed after police say she attempted to flee on the first day. She was captured a short time later and her trial is now scheduled to begin Oct. 19.